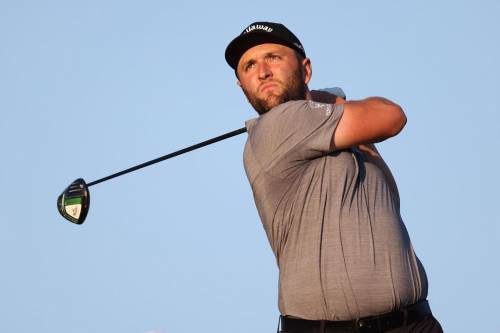 As February draws to a close and March begins, sports fans around the world are set for a great week of sport. On Monday, the Miami Heat take on the Chicago Bulls in a matchup of NBA heavyweights. The following day, Minnesota Wild play host to the Calgary Flames, the team's second game against one another in 7 days. On Wednesday across the Atlantic, Southampton take on West Ham United in the 5th round of the FA Cup.

On Thursday, the PGA Tour travels to the famous Bay Hill Club and Lodge for the Arnold Palmer Invitational, a favourite amongst fans and players. Friday marks the start of the Beijing 2022 Paralympic Games.

The weekend is also an exciting prospect for sports fans. On Saturday, the UFC heads to the T-Mobile Arena, Las Vegas, for UFC 272. Finally, on Sunday, Manchester City host Manchester United in a hotly anticipated Premier League Manchester derby.

Miami Heat play host to the Chicago Bulls on Monday, at the FTX Arena. With the teams sat 1st and 2nd in the NBA’s Eastern Conference, this is a match both teams will be keen to win. Can the Miami Heat continue their 3 game winning streak?

After nearly a week travelling through Canada, the Minnesota Wild return to familiar territory to take on the Calgary Flames for the second time in less than a week. The Flames will be looking to repeat last week’s win against the Wild, where they beat the Minnesota based outfit 7-3.

FA Cup 5th round matches begin this week, as the tournament starts to heat up. On Wednesday, Southampton play West Ham. The last time the two teams met, in December, Southampton took the win 3-2 after an immensely exciting 90 minutes.

The PGA Tour’s Arnold Palmer Invitational is popular amongst players and fans alike. With 16 of the world’s top 30 players teeing it up at the notoriously tricky Bay Hill on Thursday, this event is not one to miss. John Rahm the world number 1, will be making his first appearance at the event and will be one to watch.

The Winter Paralympics begins in Beijing on Friday. Athletes in this year’s games will compete in 78 different events split between 5 sports. Who will top the medal table when the curtain is drawn on a great month of Olympic and Paralympic action in Beijing?

News: ​​Inside the Games

UFC returns to the T-Mobile Arena for the first time in 2022 for a hotly anticipated bout between welterweights Colby Covington and Jorge Masvidal. The rivalry between the two former American Top Team teammates runs hot, and this is not a fight to miss.

Written and information correct on 27th February 2022 at 10pm GMT