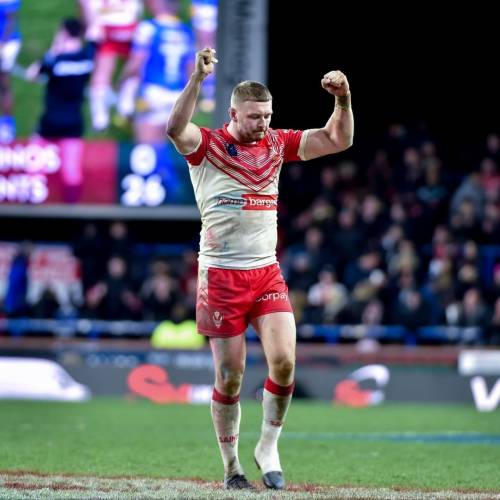 The second full week of April is shaping up to be an incredibly exciting week of sport for fans across the world. On Monday, the action continues at the Monte-Carlo Masters, as players battle it out for the ATP Tour 1000 title. The following day, in the Champions League, Bayern Munich play host to Villarreal in the second leg of their Quarter-final tie. On Wednesday, the Atlanta Hawks take on the Charlotte Hornets with both teams looking to reach the NBA Playoffs.

Later in the week, on Thursday, one of the IPL’s new franchises the Gujarat Titans take on the Rajasthan Royals. Friday will see long standing rivals St Helens and Wigan Warriors go head-to-head in the Good Friday Derby.

Finally, at the weekend, Manchester City take on Liverpool in a hotly anticipated FA Cup Semi-final and the Nashville Predators play host the St. Louis Blues in what will undoubtedly be an exciting NHL game.

The Monte-Carlo Masters is an ATP Tour 1000 event and attracts some of the world’s top players. Can Stefano Tsitsipas defend his Monte-Carlo Masters title or will number 1 seed Novak Djokovic recover from his slow start to the season to win the event for a third time?

Bayern Munich’s 1-0 loss to Villarreal in the first leg of their Champions League Quarter-final tie was a shock to many. Fans of the 6 time Champions League winners will have to hope that playing at home will help the German outfit overcome Villarreal and progress to the Semifinals.

These two Southeast division rivals will go up against one another in the East 9-10 game, with the loser eliminated from playoff contention and winner still in with a chance of reaching the full playoffs. With the pair’s head-to-head record this season sat at 2-2, this is a game fans will not want to miss.

Blog: At The Hive

With the Rajasthan Royals and Gujarat Titans sat 1st and 3rd in the IPL standings, Thursday’s match is not one to miss. The Titans, a new franchise to join the league this year, have had a strong start to the season and will look to continue their good run of form having already won their first 3 games.

The Good Friday Derby between fierce rivals St Helens and Wigan Warriors is an exciting prospect for fans of both teams. This edition of one of the competitive derbies in the world is made even more exciting by the fact that both teams are sat at the top of the Super League table. Who will take the win?

After a 2-2 draw in what could have been a decisive Premier League game last weekend, Manchester City go up against Liverpool once again on Saturday in the FA Cup Semi-finals. With a draw in this semi-final game out of the question, which of these English football heavyweights will advance to the Final.

This exciting Central Division matchup will see the in form St. Louis Blues travel to Nashville to take on the Predators. Despite playing away from home, the Blues will be a tough opponent for the Predators having won their last 5 games on the bounce.

Blog: On The Forecheck

Written and information correct on 10th April 2022 at 10pm GMT