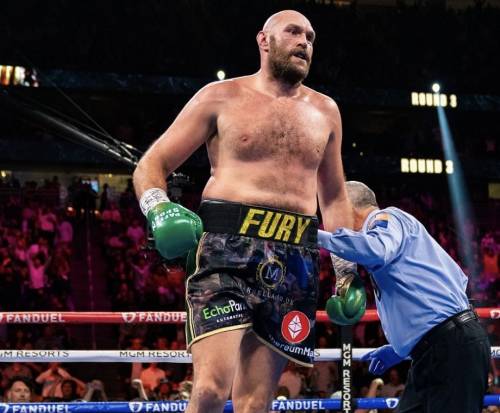 The last full week of April is an incredibly exciting prospect for sports fans, with action taking place all around the world. On Monday, in the IPL, the Rajasthan Royals take on the Kolkata Knight Riders in an important matchup between the 5th and 6th placed teams in the table. The following day Liverpool play host to Manchester United at Anfield in the Premier League. Wednesday will see another exciting Premier League matchup between Chelsea and Arsenal at Stamford Bridge.

Later in the week, on Thursday, the Minnesota Timberwolves take on the Memphis Grizzlies in an exciting NBA Western Conference playoff game. The following day, in the NHL, the Colorado Avalanche travel to Edmonton for their game against the Oilers, a matchup fans will not want to miss.

On Saturday boxing fans are in for a treat as Tyson Fury looks to defend his WBC World Heavyweight crown against Dillian Whyte at Wembley Stadium. Finally, on Sunday, teams and drivers will head to the famed Imola, all hoping to win this year’s Emilia Romagna Grand Prix.

With both the Rajasthan Royals and the Kolkata Knight Riders further down the IPL standings than they would have hoped at this stage in the season, this an important game for both teams. Which team will recover from their previous losses and take the win in this hotly anticipated matchup?

Sat second in the Premier League standings, Liverpool will be desperate to win this game and close the gap between them and the top of the table. Jürgen Klopp’s side are in form having beaten Manchester City 3-2 in their FA Cup Semi-final and will look to continue this run of form on Tuesday at Anfield.

Wednesday sees another important and exciting Premier League game, as Chelsea play host to Arsenal. Arsenal will be keen to recover from a string of recent losses and take the win Stamford Bridge, but will undoubtedly be pushed hard by Chelsea who will be full of confidence having reached the FA Cup Final on Sunday.

The Minnesota Timberwolves took the win 130-117 against the Memphis Grizzlies in their playoff opener, their first time winning an opening playoff game since 2004. The Grizzlies will be desperate to regain the form they found in the regular season and take back the series lead this week. Who will progress to the Western Conference Semifinals?

This matchup between the Edmonton Oilers and Colorado Avalanche is hotly anticipated and one fans will be excited to watch. As the regular season draws to a close, the Oilers are closing in on a playoff spot whereas the Avalanche have secured a playoff berth already, meaning that this game could be a good indicator of how things might shape up later in the competition.

Tyson Fury will put his WBC Heavyweight Belt on the line as he goes toe to toe with Dillian Whyte at Wembley on Saturday. With suggestions Fury might retire after the fight, this is not one to miss. Can the Gypsy King defend his Heavyweight title?

News: Give Me Sport

After an exciting race at Albert Park, teams and drivers travel north for the Emilia Romagna Grand Prix this weekend. With Ferrari and Charles Leclerc seemingly unstoppable to date, will the Tifosi be treated to another win for Mattia Binotto’s Scuderia Ferrari?

Written and information correct on 17th April 2022 at 10pm GMT