The second week of January is shaping up to be an exciting week in sport. On Monday, Alabama takes on Georgia in the NCAA Championship game. The following day the 3rd Test of India’s Test tour to South Africa begins. On Wednesday, Tottenham play host to Chelsea in the 2nd leg of their Carabao Cup semi-final. 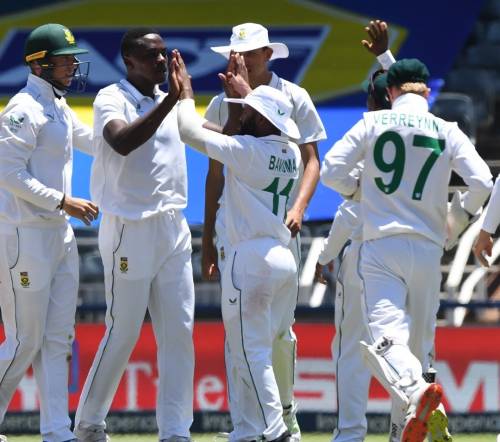 Later in the week, on Thursday, the Milwaukee Bucks take on the Golden State Warriors at the Fiserv Forum. On Friday in the NHL, the Minnesota Wild go head-to-head with the Anaheim Ducks.

The weekend is also a thrilling prospect for sports fans. Saturday sees a huge Premier League battle between giants Manchester City and Chelsea. Finally, on Sunday in the NFL playoffs, the Dallas Cowboys play the San Francisco 49ers in the pick of the matches.

Alabama take on Georgia in the biggest college football game of the season, where both teams are fighting for the NCAA title. A repeat of the 2021 SEC Championship game, Georgia will be hoping to avenge their loss in that game, but face tough opposition from Alabama who will look to win back to back NCAA titles.

With the series tied at 1-1 this game is a must win for both teams. This is India’s chance to get their first ever series win in South Africa while South Africa will want to get one up on the highest ranked Test team in the world.

Chelsea head across London to face Tottenham in the second leg of their Carabao Cup semi-final. Tottenham will have to go on the offensive having lost 2-0 in the first leg, but Chelsea are without their goalkeeper Edouard Mendy who is at the Africa Cup of Nations with Senegal.

The Bucks are coming off a loss to the Charlotte Hornets on Sunday whereas the Warriors beat the Cleveland Cavaliers in Klay Thomson's much anticpated return to play. With both teams at the top end of their respective conferences, this is bound to be an exciting and close match up.

A battle between the top two teams in the Premier League, this is not a game fans will want to miss. Having won their last 11 Premier League games City will be tough to beat, but Chelsea will be desperate not to repeat their 1-0 loss to the Manchester based side earlier in the season.

The Cowboys topped their division while the 49ers clinched a wild card spot. This matchup will be a heated contest between two teams that are yet to play each other this season. Whichever team comes out on top will see themselves progress one step closer to the Superbowl.

Written and information correct on 9th January 2022 at 10pm GMT