Get ready for another great week of sport. Monday brings us a selection of last 16 matches from the US Open.

Tuesday sees the Milwaukee Brewers take on the Philadelphia Phillies in the MLB.

Liven up your Wednesday with some athletics action from the Diamond League Zurich meeting.

Thursday brings us the return of the NFL with a clash between the Tampa Bay Buccaneers and the Dallas Cowboys. And close out the working week with the start of the final Test between England and India.

And relax on Sunday with the next stop on the F1 calendar – the Italian Grand Prix. 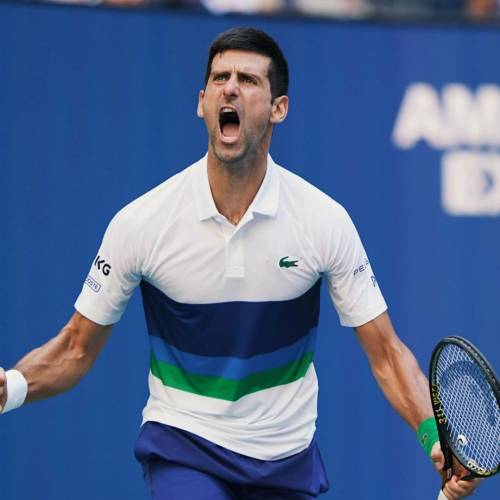 The second week of the US Open opens with the men’s and women’s Round of 16. Play begins at 3:00PM GMT at the UTSA Billie Jean King National Tennis Center.

The first week of the US Open was one to remember, with upsets and memorable moments galore.

The second week opens with the Round of 16, and there are plenty of fantastic matches to catch today.

Be sure you don’t miss a single match. 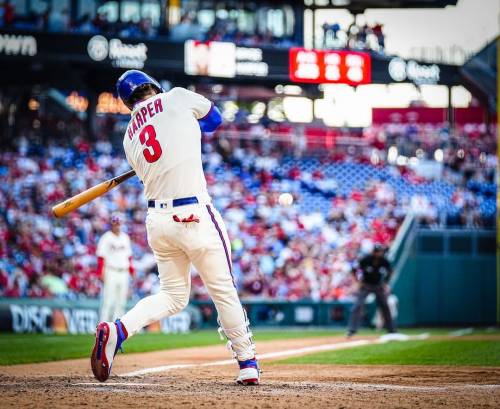 Two teams in the thick of the MLB playoff race face off as the Milwaukee Brewers host the Philadelphia Phillies at Miller Park in Milwaukee on Wednesday 8th September 2021 at 12:40AM GMT.

The Milwaukee Brewers hold a comfortable lead at the top of the NL Central. Led at the plate by shortstop Willy Adames and an exceptional pitching core including Josh Hader, Brad Boxberger, and Corbin Burnes, the Brewers have once again put on a scintillating regular season. The question will be as to whether they can maintain this energy come the playoffs next month.

The Philadelphia Phillies are deep in the fight for the NL East title, something they haven’t captured since 2011. While they are currently second in the division, they are within striking distance of the division-leading Atlanta Braves. The team is led by Bryce Harper in his third season as a Phillie. Harper is hitting .301 with 26 home runs. The Phillies haven’t been to the playoffs since 2011, but this season they stand a real chance.

Can the Brewers extend their lead in their division? Or will the Phillies maintain pressure on the Braves? 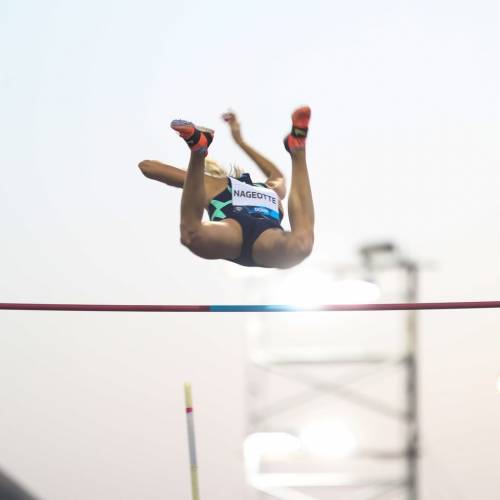 The final Diamond League meeting of the season begins at the Letzigrund in Zurich on Wednesday 8th September 2021 at 3:55PM GMT.

With 32 events on display, it’s time for an unmissable few days of world-class athletics.

The field will contain at least 17 Olympic champions. This includes the world’s fastest woman over 100m and 200m, Elaine Thompson-Herah. She will once again face her Jamaican compatriot Shelly-Ann Fraser-Pryce over the short course events. Other Olympic champions include Karsten Warholm and André De Grasse.

Elsewhere in the field, there are 13 Swiss stars ready to shine at their home event. This includes the 100m duo of Ajla Del Ponte and Mujinga Kambundji, who finished 5th and 6th in the Olympic final.

Victory in Zurich grants the winner a Diamond League trophy, $30,000, and qualification for next year’s World Cup in Eugene.

You won't want to miss a single event. 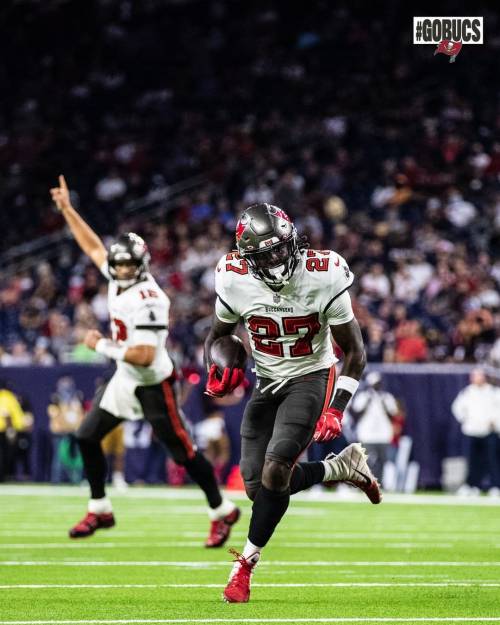 Last season, the Tampa Bay Buccaneers stormed to their second franchise Super Bowl behind the arm of Tom Brady and their outstanding roster on both sides of the ball. Then they became the first Super Bowl champions in the salary cap era to retain all 22 starters from their title win. They also added young defensive talent in first-round draft pick Joe Tyron and Brady’s potential successor, Kyle Trask. They are one of the favourites to contend for the Super Bowl again.

The Dallas Cowboys will be hoping to improve on their 6-10 record from 2020. They will boast a very new look roster, with many long-time squad members leaving the team and the Cowboys making a number of free agent signings. They also added star prospect Micah Parsons in the first round of the NFL Draft, who will be a day one difference-maker for the team. The Cowboys could be in the mix considering it is always hard to predict the NFC East division.

Get ready, because football’s back. 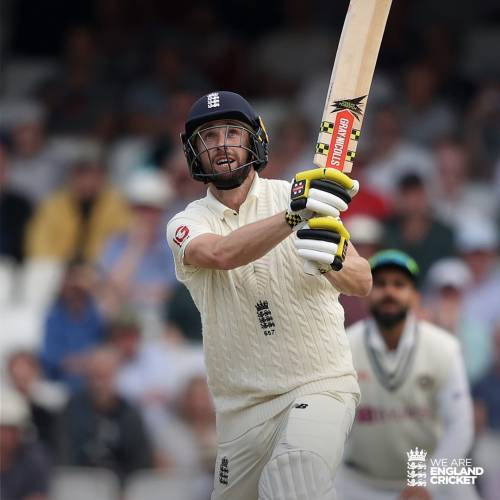 The final Test between England and India begins at Old Trafford in Manchester at 10:00AM GMT on Friday 10th September 2021.

Whoever wins that Test will put themselves into prime position going into the fifth Test (but a draw is very much possible at the Oval too!) However, India has not won a Test series in England since 2007, and they have not beaten England in a Test at Old Trafford in 10 meetings.

How will this absolutely thrilling series conclude? 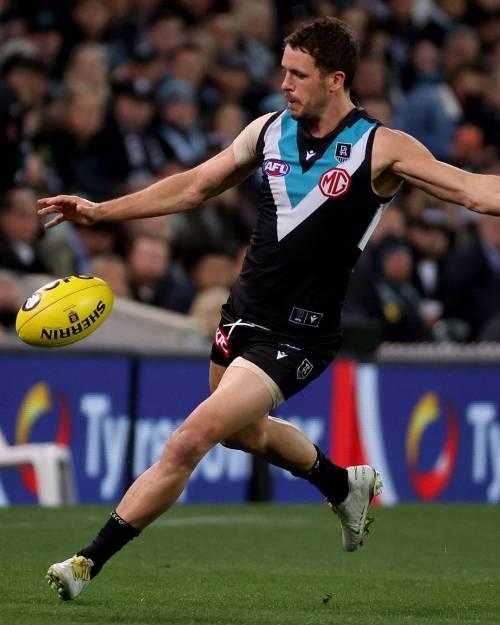 In the AFL, Port Adelaide and Western Bulldogs face off for a place in the AFL Grand Final. The match kicks off at the Adelaide Oval on Saturday 11th September at 9:40AM GMT.

A place in the AFL Grand Final is on the line as Port Adelaide host the Western Bulldogs.

Port Adelaide entered the Finals as the second seed. They recorded a decisive win over Geelong in the first round, granting them a place in this preliminary final. Their scoring in their win over Geelong was led by Orazio Fantasia, with the 25-year-old making 4 goals to continue a fantastic first season with Port Adelaide. This is the second consecutive preliminary final for Port Adelaide, as they look to make their first Grand Final since 2007.

Western Bulldogs, the fifth seed, began their Finals series in the elimination finals. They began with a big win over Essendon, and moved on to face Brisbane in the next round. It was a much closer affair, with Western Bulldogs taking a 1-point win to bring them into their first preliminary final since 2016. 2016 was also the last time the Bulldogs reached the Grand Final.

Which side will come out on top and play in the Grand Final? 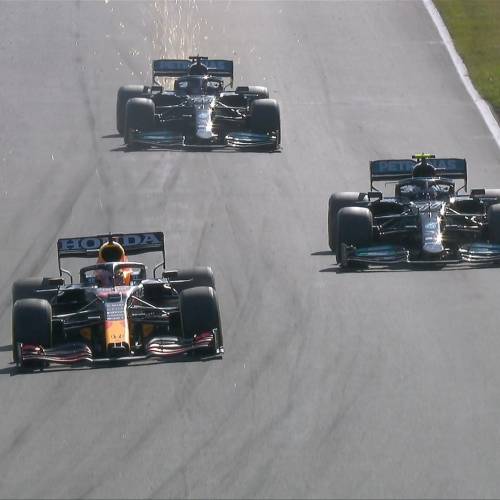 The F1 season continues with the Italian Grand Prix at the Monza Circuit in Monza. The race begins at 1:00PM GMT on Sunday 12th September 2021.

After a win at his home grand prix in the Netherlands last weekend, Max Verstappen once again leads the Driver’s Championship standings. However, thanks to Lewis Hamilton finishing second, Verstappen’s lead stands at just three points. Italy is the ninth-from-last race of the season, but with how closely-contested the Driver’s Championship has been this season, every podium finish is going to be crucial.

Last season, Pierre Gasly marked the first win of his career at Monza. It was a race that saw Vestappen retire and Hamilton finished seventh despite starting on pole. However, this year’s race is likely going to come down to the two title contenders.

Who will come out on top at Monza?

Other sporting highlights from around the world

There is also plenty of club football to enjoy as leagues return from their international breaks. In the Bundesliga, second-place Bayer Laverkusen 04 face fifth-place Borussia Dortmund. Ligue 1, there is an early top-of-the-table clash between PSG and surprise contenders Clermont. There is a thrilling clash in the MLS Western Conference as the conference-leading Seattle Sounders host the playoff-hunting Minnesota United. As the Premier League returns, Leicester City and Manchester City face off in a rematch of the Community Shield. It’s also the second week of the FA WSL, with league-leading Manchester City welcoming Tottenham Hotspur to Manchester. Serie A also returns, with Lazio taking on Milan.

American Football season is also back. The NFL kicks off, with the Super Bowl runner-up, Kansas City Chiefs taking on the Cleveland Browns. Meanwhile, the new look New Orleans Saints take on Aaron Rodgers and the Green Bay Packers. At the college level, there are plenty of rivalry matches to enjoy. USC face Stanford while Iowa and Iowa State battle for the Cy-Hawk Trophy. The Canadian Football League season continues, with the Blue Bombers taking on the Roughriders for control of the West Division.

In the world of golf, there is plenty to enjoy. The Solheim Cup between Europe and America comes to an end on Monday. The European Tour plays the next event on the Rolex Series as the Tour travels to Surrey for the BMW PGA Championship. Elsewhere, the Ladies’ European Tour continues with the Swiss Ladies Open.

Alongside the F1 Italian Grand Prix, there is plenty of motorsport this week. The Speedway World Championship is in Denmark. Elsewhere in Europe, MotoGP is in northern Spain for the Aragon Grand Prix.

In rugby league, the Super League season plays its penultimate round of fixtures. The NRL Finals also get underway with the defending champion Storm facing the fourth-seed Sea Eagles.

Over in rugby union, The Rugby Championship continues with South Africa facing Australia.

In the world of sailing, SailGP travels to the south of France for its meet in Saint-Tropez.

In Australian Rules Football, the AFL Finals continue with the Preliminary Finals, pitting Port Adelaide against Western Bulldogs and Melbourne taking on Geelong.

Basketball action sees the continuation of the WNBA season, as teams vie for position as the season begins to reach its climax.

The next major darts event on the PDC calendar, the World Cup of Darts begins this week.

It’s time for another sumo tournament, with the September Tournament starting in Tokyo.

In the world of competitive swimming, the International Swimming League continues, with the fifth and sixth matches of the season.

Written and information correct on 5th September 2021 at 10pm GMT