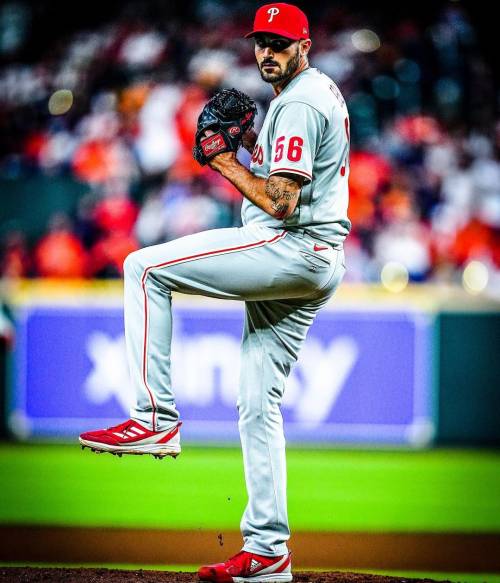 As October draws to a close and we move into November, sports fans are in for a treat with exciting sporting action taking place across the globe.

Monday will provide game three of the World Series between the Philadelphia Phillies and the Houston Astros. The following day will see the Melbourne Cup Day which provides the largest day of racing in Australia. On Wednesday, the ATP Tour season continues at the Paris Masters.

Later in the week, on Thursday, the T20 World Cup provides even more entertainment with Pakistan playing South Africa. The next day, the Rugby Sevens world moves to Hong Kong.

There is no shortage of sport taking place on the weekend either. On Saturday, rugby fans will be treated to Ireland playing hosts to South Africa in their first match of the Autumn Nations Series. Finally on Sunday, MotoGP heads to Valencia for the final race of the season.

The Philadelphia Phillies face the Houston Astros in game three of the MLB World Series at Citizens Bank Park. With the scores tied at 1-1, it really is all to play for.

Known as ‘the race that stops the nation’, the Melbourne Cup will see 24 horses line up at the Flemington Racecourse to race for their share of AU$8 million.

Wednesday will mark day three of the Paris Masters which is a major event on the ATP World Tour. This is the final tournament of the regular men’s tennis tennis season and will be provide the final opportunity to gain qualifying sports for the ATP Finals.

Pakistan play South Africa at the Sydney Cricket Ground in a match that South Africa will be hoping to secure their place in the semi finals of the competition. Pakistan will still be looking to qualify, although after a tough start to the Super 12 stage, it will be a challenge.

The Sevens world moves to Hong Kong for a fan favourite festival. The three day competition will provide supporters in the Hong Kong Stadium the chance to enjoy a thrilling festival of sevens rugby.

After Ireland had a brilliant tour to the Southern Hemisphere in the summer they will be hoping to continue their fine form against South Africa in their first match of the Autumn Nations Series.

The MotoGP season comes to a conclusion at the Valencian Grand Prix taking place at the Circuit Ricardo Tormo. Francesco Bagnaia needs to finish ahead of his closest rival Fabio Qaurtararo to win the 2022 MotoGP World Championship.

Written and information correct on 30th October 2022 at 10pm GMT