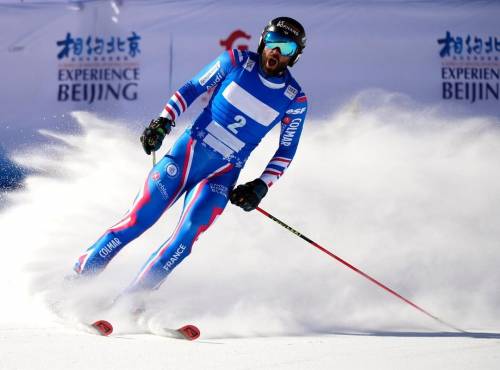 After another incredible week of sport, January draws to a close this week. However, February is shaping up to be an exciting prospect for sports fans, including the first 6 days. On Monday, the Detroit Red Wings take on the Anaheim Ducks in the NHL. The following day, at the Footprint Center, the Phoenix Suns play host to the Brooklyn Nets.

On the other side of the Atlantic, Wednesday sees the Scottish Premier League Old Firm Derby, as Celtic go head-to-head with Rangers. The next day, the AT&T Pebble Beach Pro-Am begins, with tour card holders and amateurs going up against one another in the pairs events.

Arguably the biggest event of the week takes place on Friday, as Beijing 2022 begins with the opening ceremony held at the Beijing National Stadium. Saturday will see the first games of this year’s Six Nations Championship and the last day of the week marks the conclusion of the Africa Cup of Nations. Who will take the title?

The Detroit Red Wings play host to the Anaheim Ducks on Monday. The Red Wings will be keen to take a win in this game following their 4-7 loss to the Maple Leafs on Saturday. However, the Ducks will be tough to beat having won their last 2 games.

Blog: Winging it in Motown

This matchup between the Nets and the Suns, who sit at the top of the Western Conference’s table, is not one to miss. Having played a total of 93 regular season games in NBA history, the teams are all but equal in head-to-head victories. The Suns lead the Nets by 1 win, having won 47 games to the Nets’ 46.

Sat 1st and 2nd respectively, Rangers travel across Glasgow to face Celtic in what is shaping up to be an epic Old Firm derby. With both teams having won 17 games this season, there is little to choose from between the two sides. Who will take the win?

The biggest Pro-Am of the year returns to its classic 3 course setup this week, with players and amateurs alike playing the famous Pebble Beach, Spyglass Hill and Monterey Peninsula golf courses. Danial Berger will be looking to win back to back titles and become the first player to do so since Dustin Johnson took consecutive wins in 2009/2010.

Beijing 2022 begins on Friday, with the opening ceremony being held at the National Stadium almost 14 years after the same stadium played host to the start of the 2008 Summer Games. Nearly 3,000 athletes will battle it out for just over 2 weeks, all hoping to take home medals for their countries.

The second of Saturday’s opening Six Nations games, will see a historic rivalry renewed as Scotland host England at Murrayfield. Scotland will look to build on their strong performance in the Autumn Nations Series, but face a strong England side masterminded by Eddie Jones. Who will win the Calcutta Cup?

The Africa Cup of Nations comes to a conclusion on Sunday with the final taking place at the Olembe Stadium in Cameroon. The home team look formidable having taken the top spot in Group A and confidently winning their quarter final 2-0 against Gambia. A win for Cameroon would take them one short of Egypt’s record number of titles.

Written and information correct on 30th January 2022 at 10pm GMT