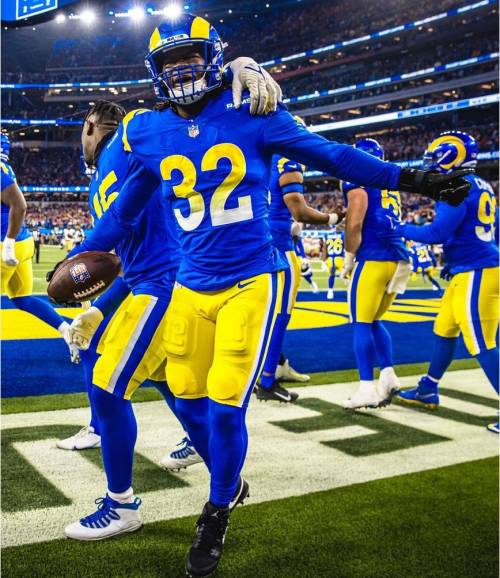 Fans will once again be treated to a great 7 days of sport this week. On Monday, the Toronto Maple Leafs play host to the Carolina Hurricanes, in what will be an exciting game for NHL fans. The following day athletes will battle it out for medals in the inaugural Women’s Big Air event. Wednesday will see the Utah Jazz take on the Golden State Warriors.

Thursday marks the start of this year’s Super League season, with last year’s finalists going head-to-head in the first game of the season. The next day, back in Beijing, the Men’s Snowboard Halfpipe reaches its conclusion.

The weekend also plays host to some immensely exciting sport. Ireland travel south to the Stade de France, to take on France in the second round of the Six Nations. Finally, on Sunday, sports fans will be treated to one of the biggest sporting events of the year, as the Los Angeles Rams go up against the Cincinnati Bengals in Super Bowl LVI.

The Carolina Hurricanes travel north and across the border to take on the Maple Leafs on Monday. Both teams are on the biggest winning streaks in their respective divisions, with the Maple Leafs having won 5 consecutive games and the Hurricanes 4.

Tuesday sees the final of the Women’s Big Air event, part of the Beijing 2022 freestyle skiing program. This year’s games are the first in history to feature this event, and it will be one fans do not want to miss.

With the Utah Jazz and the Golden State Warriors sat 2nd and 4th in the NBA’s Western Conference, this is an exciting match up. The Jazz will be keen to take the win after losing their last 4 games to the Warriors.

Friday sees the final runs of the Men’s Snowboard Halfpipe. Shaun White will be competing in his last Olympics and will be looking to defend his title one last time, having won the event in PyeongChang 2018.

After victories for both teams in the opening round of the championship, this will be a game fans will not want to miss. France will be hoping to get off to a faster start than they did in their game against Italy, while Ireland won’t want to change anything after their crushing win over Wales.

The NFL reaches its climax on Sunday, as the Los Angeles Rams take on the Cincinnati Bengals at SoFi Stadium. Playing at their home stadium, the Rams will look to their supporters to carry them to a Super Bowl victory, having struggled in their last appearance, 3 years ago, against the New England Patriots in Super Bowl LIII.

Written and information correct on 6th February 2022 at 10pm GMT