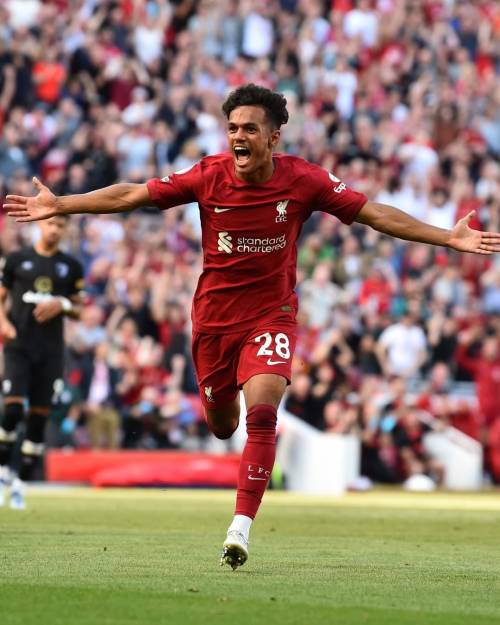 The final few days of August and first days of September are full of sporting action for fans to enjoy. On Monday, competition at the US Open begins with a number of exciting matchups in both the men’s and women’s singles. The next day, teams and riders continue their quest for the Vuelta a España title as they tackle a 30.9KM time trial. On Wednesday, Liverpool will look to build on their incredible victory on Saturday as they host Newcastle United at Anfield.

Later in the week on Thursday and on the other side of the World, playoff action in the AFL begins as the Brisbane Lions go head-to-head with Richmond in a crucial elimination final game. On Friday the world’s best athletes will go up against one another at the penultimate Diamond League event of the season in Brussels.

There is no shortage of exciting sport at the weekend either. On Saturday the Hundred reaches it climax with both the men’s and women’s final taking place at Lord’s. Finally, on Sunday teams and drivers head to Zandvoort for round 15 of the Championship.

Competition between the best tennis players in the world begins on Monday at the US Open, with action in both the men’s and women’s singles. After not being able to play Wimbledon, men’s world number one, Daniil Medvedev returns to the Grand Slam stage in New York and will be tough to beat.

After a well earned rest day, teams and riders will be faced with a 30.9KM individual time trial for stage 10 of the 2022 Vuelta a España. This stage shouldn’t pose too many issues to the general classification favourites, but will be tough for those with a more pronounced climber profile. Who will move ahead in the standings?

Liverpool will undoubtedly be disappointed with their start to the season, but their 9-0 victory against Bournemouth should give them confidence going into their matchup with Newcastle. Can Newcastle break their 3 match draw streak?

The Brisbane Lions will play host to Richmond at the Gabba on Thursday, as both teams look to win this pivotal elimination final game and continue their run in the playoffs. Dustin Martin is expected to return from injury for Richmond, which will come as a huge boost to the team.

The iconic Lord’s Cricket Ground will play host to both the men’s and women’s Hundred finals this weekend. Fans will wait with bated breath to see if their team has made it into the hotly anticipated final. Which teams will lift the trophies?

Orange flares and chants of ‘super Max’ will fill the stands of Circuit Zandvoort this weekend as Formula 1 heads to the Netherlands for round 15 of the championship. Can Verstappen take another victory in front of his adoring home crowd or can Ferrari overcome their strategic demons and close the gap to Red Bull?

Written and information correct on 28th August 2022 at 10pm GMT