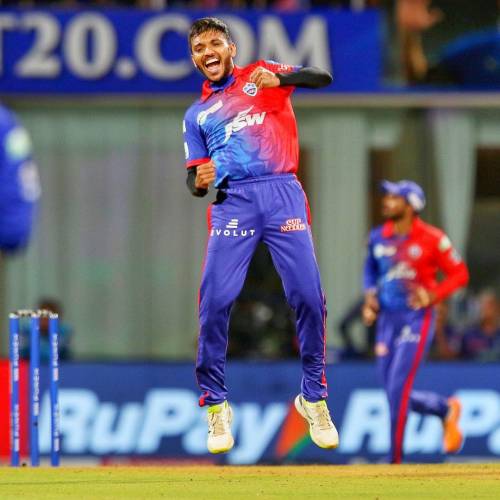 With exciting sporting action taking place around the world, sports fans are in for a treat once again this week. On Monday, in the IPL, the Punjab Kings and Delhi Capitals will fight it out hoping that a win will help them secure a Playoff spot. The following day, the Boston Celtics head south to Miami for the first game of their Eastern Conference Finals against the Miami Heat. Wednesday will see the Europa League reach its climax as Eintracht Frankfurt take on Rangers in the Final.

Later in the week, on Thursday, players head to Southern Hills for the first round of the PGA Championship, the second Major of the season. On Friday, Carlton play host to the Sydney Swans in Melbourne in what will be an exicitng game for AFL fans.

There is no shortage of exciting sport at the weekend either. On Saturday, athletes will head to Birmingham for the second event of the Diamond League season. Finally, on Sunday the Premier League will draw to a close with battles raging on at both the top and bottom of the table.

The Punjab Kings go head-to-head with the Delhi Capitals on Monday. With the IPL Playoffs drawing ever closer the Capitals and Kings, currently sat in 5th and 7th place respectively, will be desperate to take the win in this game and get closer to claiming a spot in the Eliminator Playoff.

After taking victory in a game 7 encounter with last year’s NBA champions the Milwaukee Bucks, the Boston Celtics travel south to Miami to take on the Miami Heat in the Eastern Conference Finals. Who will start the series with a win?

Eintracht Frankfurt take on Rangers in what is an undoutedly exciting prospect for fans of both teams. Rangers have already knocked out two German teams on their way to the final, having beaten Borussia Dortmund and RB Leipzig. Can they do it again and lift the Europa League trophy on Wednesday?

The world’s best players will head to the renowned Southern Hills Country Club this week, all hoping to take home the second major title of the season. Tiger Woods is once again the big story in the lead up to this tournament, with fans hoping he can build on his strong performance at the Masters and compete at the front through all 4 days of play.

With Carlton and the Swans sat 4th and 5th in the AFL table respectively, this is an important game for both teams. Carlton will be hoping to continue their impressive run of form and win their 4th game on the bounce. However, a win for the Swans would draw the two teams level on points.

After exciting action in Qatar last week, the world’s top athletes will make the trip north to Birmingham for the second Diamond League event of the season. Competitors will be hoping that conditions in Birmingham are an improvement on last week, after a windy and difficult day in Qatar.

With storylines at both the top and bottom of the table, fans will not want to miss a moment of Sunday’s Premier League action. At the top, can Aston Villa upset Manchester City and blow the title fight wide open? At the bottom, which team will we no longer see in the Premier League next season?

Written and information correct on 15th May 2022 at 10pm GMT