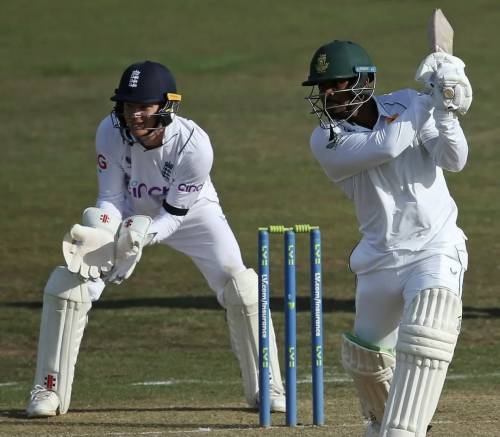 There is no shortage of exciting sporting action taking place this week. On Monday, the exciting week of Cincinnati Masters tennis at the Linder Family Tennis Center begins. The following day will see Europe’s finest track and field athletes compete at the European Championships in Munich. Wednesday marks the start of South Africa’s Test Series against England, with the first Test taking place at Lord's.

Later in the week on Thursday, the FedExCup Playoffs continue as the top 70 golfers in the standings head to Wilmington Country Club for the BMW Championship. The next day will see teams begin their Vuelta a España campaigns as the third and final Grand Tour of the season gets underway.

The weekend is also packed full of sport for fans to enjoy across the world. Oleksandr Usyk takes on Anthony Joshua on Saturday in a rematch between the two Heavyweights and Manchester City go head-to-head with Newcastle in an exciting Premier League matchup.

The Cincinnati Masters is one of the biggest and most prestigious tennis event held in America besides the US Open, which begins at the end of the month. There will be fierce competition in both the men’s and women’s draws and tennis fans will not want to miss a moment.

8 gold medals are on offer on Tuesday, as athletes compete in a variety of different track and field events. Specifically, medals will be awarded in the men’s and women’s 100m, men’s 5000m and women’s discus.

After a 2-1 victory in the pair’s T20 series, South Africa will once again go up against England, this time in a three match Test series. Can England repeat their impressive recent Test form or will South Africa prevail?

The top 70 players will battle it out at the famous Wilmington Country Club this week at the BMW Championship. The event is the final event before the FedExCup winner is crowned at East Lake on 28th August, and will see the field cut from 70 to 30 ny the end of this week. Who will make it?

The 77th edition of the Vuelta a España will see some of the world’s best riders take on a 3,280.5km course which takes them through the Netherlands, Belgium and Spain. The Vuelta is one of cycling’s three Grand Tours and teams will be desperate to get their campaigns for the title off to a good start.

Oleksandr Usyk and Anthony Joshua will go head-to-head on Saturday in Jeddah, for the second time. Joshua will be keen for revenge after a convincing loss to Usyk back in September last year in London. Can he take the win?

Manchester City will travel to St James’ Park to take on Newcastle United this weekend in a hotly anticipated Premier League matchup. City have picked up where they left off this season winning both of their opening games. Can Newcastle cause an upset?

Written and information correct on 14th July 2022 at 10pm GMT