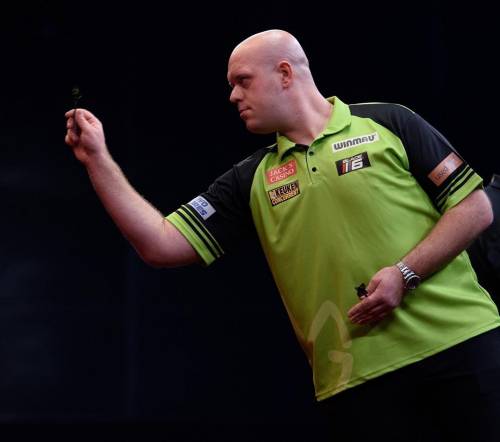 are once again in for a treat as December continues to deliver great sporting spectacles. On Monday, in the NFL, the Arizona Cardinals play host to the Los Angeles Rams in a battle between two NFL titans. Tuesday sees an exciting match up between Brentford and Manchester United in the Premier League. The following day marks the start of the PDC World Darts Championship, where 96 players will battle it out for the title.

On Thursday, England and Australia go head-to-head in Adelaide for the second Test of the Ashes. The following day, but still in Australia, Sail GP travels to Sydney for the penultimate event of the season.

The weekend is also an exciting prospect for sports fans. On Saturday and in Manchester, Joseph Parker fights Derek Chisora for the second time this year. The final day of the week sees Leicester Tigers take on Connacht in the European Rugby Champions Cup

The Arizona Cardinals host the Los Angeles Rams in an exciting match up between these two NFL heavyweights. The Rams, currently sat second in the NFC West, will be desperate to narrow the gap to the top of the table Cardinals.

Blog: Revenge of the Birds

The PDC World Darts Championship begins on Wednesday, with 96 players battling it out for the world title. With the event running through to early January and a prize purse of £2.5 million, players will be desperate to get off to a winning start.

After a crushing defeat in the 1st Test at the Gabba, England will be looking to bounce back in the first day/night Test of the series. The pressure will be on England's batting line-up to perform, while Australia will be keen not to damage their unblemished day/night Test record.

Sail GP heads to Sydney for the penultimate event of the season, before sailors head to the US for the winner takes all final early next year. Fans will be hoping that Shark Island, and the tactical decisions it forces the teams to make, provides them with a spectacle fitting of the exciting series to date.

Joseph Parker takes on Derek Chisora for the second time this year, after Parker won their first fight following a split decision after 12 closely fought rounds. Has 37 year-old Chisora done enough since then to take the victory, or will Parker prevail once more?

Connacht travel to Leicester to take on Leicester Tigers in the second round of the European Rugby Champions Cup. After wins for both teams in round 1 this is shaping up to be an exciting match up for fans of the two sides.

Written and information correct on 12th December 2021 at 10pm GMT