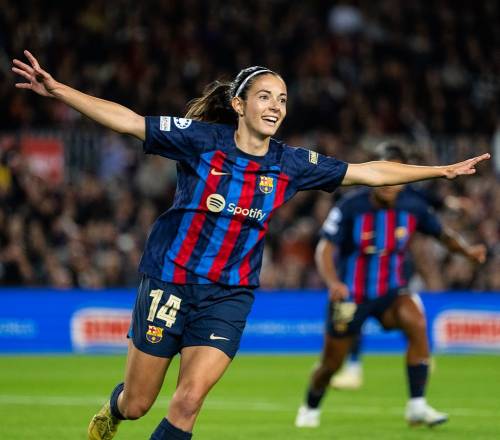 The first full week in December is set to be another week filled with sporting excitement. On Monday, knockout matches continue at the FIFA World Cup with Brazil playing South Korea. Tuesday sees the Cleveland Cavaliers facing the LA Lakers, and Bayern host Barcelona in the UEFA Women’s Champions League on Wednesday. Later in the week, the Toronto Maple Leafs face the LA Kings on Thursday, and Friday sees the start of the 2nd Test between Pakistan and England. There is no shortage of sport taking place at the weekend either. England and France face each other in a FIFA World Cup Quarter-final match and European rugby is back with Munster playing Toulouse in the Champions Cup.

Brazil, favourites for winning the World Cup, face South Korea in this Round of 16 match. South Korea sealed their place in the last 16 with a surprising win over Portugal, and a higher goal count than Uruguay. Brazil lost their last match of the group stages against Cameroon so will be taking no chances for this match.

After a shaky start to their season, the Lakers form seems to be improving and they are currently on a three-win streak. LeBron James, originally from Cleveland and now playing for the LA Lakers, will be looking to help his team continue their winning momentum. Facing them, the Cavaliers will have confidence from beating the Lakers in their first encounter earlier in the season.

The UEFA Women's Champions League enters the second half of the group stage, and Bayern welcome Barcelona to Munich. After winning 3-0 in their first encounter, Barcelona will be hoping another win here will help them secure the top spot of Group D.

The Maple Leafs, who were on a five-win streak, lost their last game in overtime and will be keen to get back to winning ways. However, the LA Kings come to Toronto with some confidence knowing that they won their last encounter between the sides 4-2.

This week sees the start of the second Test between Pakistan and England. The first Test was a closely fought five day battle, with England managing to secure a sensational victory. This Test will hope to have an equally exciting conclusion.

Both teams had convincing wins over their opponents in their Round of 16 matches to see them comfortably through into this Quarter-final. France beat Poland 3-1 and England beat Senegal 3-0. This is set to be one of the games of the entire tournament.

Rugby fans have been hotly anticipating this encounter since their thrilling Quarter-final match last year. After 100 minutes of rugby with nothing between them, the match was decided with a place-kick competition, where Toulouse won 4-2. In this Group B match, both teams will be keen to start their 22/23 campaign with an important win.

Written and information correct on 4th December 2022 at 10pm GMT