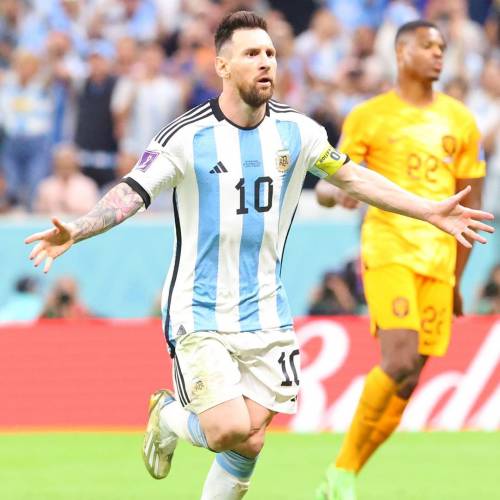 December continues to provide high quality sporting fixtures every day. On Monday, the LA Clippers play the Boston Celtics and Tuesday and Wednesday sees the semifinals of the FIFA World CUp take place with Argentina facing Croatia and France coming up against Morocco. Thursday sees an exciting NFL matchup with the Seattle Seahawks hosting the San Francisco 49ers and the European Rugby Champions Cup continues with Leinster versus Gloucester on Friday. Saturday is the start of the Test cricket series between Australia and South Africa, and then the FIFA World Cup concludes on Sunday.

In the first Semi-final of the week Argentina and Croatia play for their place in the Final. Both teams beat their Quarter-final opponents on penalties. Croatia’s star goalkeeper, Dominik Livaković, made some crucial saves during their match, as well as saving a Brazilian penalty, so Argentina will be looking to win this match in open play, to avoid facing another round of penalties.

There are high stakes in this second Semi-final where France will continue their quest to retain their World Champion status, after knocking out England. Morocco have already surpassed expectations by beating Portugal in the Quarterfinals. If they win this Semi-final, Morocco will become the first African country to reach a World Cup Final.

In this NFC West divisional game, the 49ers only have a one game lead over the Seahawks. The 49ers lost their Quarterback, Jimmy Garoppolo, last week with a broken foot, so their running game will likely be key but rookie QB, Brock Purdy, has been impressive so far.

In Round 2 both teams will be wanting to continue their winning streak. In Round 1, Leinster started their campaign with a strong win against Racing 92, and Gloucester managed to get the win at home over Bordeaux Bègles.

South Africa head to Australia for their three-match Test series. South Africa have won their last two Test series against Australia, on home and away soil (2017 in Australia and in 2018 in South Africa). Australia will be hoping the home ground advantage can help them to gain victory over the Proteas.

Sunday sees the culmination of the 2022 World Cup in Qatar. The World Cup Final is being held in the Lusail Iconic Stadium on 18th December which is also Qatar National Day. Which country will be lifting the solid gold World Cup Trophy?

Written and information correct on 11th December 2022 at 10pm GMT