It’s another great week of sport ahead.

On Monday, we head to the Olympic Stadium for another day of Olympic athletics, with five medals on offer. On Tuesday, it’s over to the velodrome for the Olympic track cycling, where Team GB looks to continue its cycling dominance. Wednesday sees the start of the first Test between England and India, and the start of the new World Test Championship season. Thursday takes us to Tennessee for the next event on the PGA Tour – the St Jude Invitational. And on Friday, it’s back to the Olympics for the women's field hockey medal matches.

We start the weekend in South Africa for the third and final Test match between South Africa and the British & Irish Lions. And fittingly, we close out the week with the final day of the 2020 Olympics on Sunday. 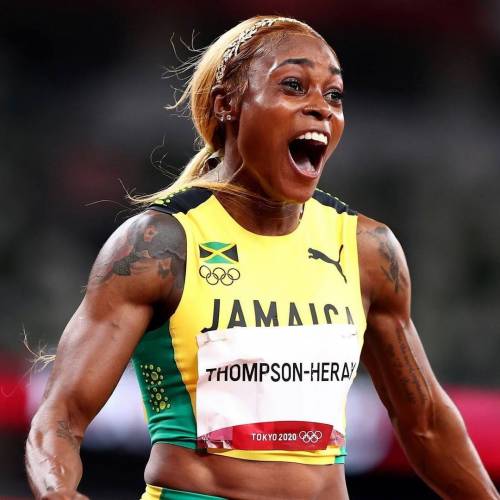 The Olympic Athletics continue at the Olympic Stadium in Tokyo on Monday 2nd August 2021 at 12:00AM GMT.

It’s a busy day in the Olympic athletics, with the heats of several major events as well as five medals on offer.

Medals are to be won in the men’s long jump, women’s 100m hurdles, women’s discus, men’s 3000m steeplechase, and women’s 5000m. Croatian discus thrower Sandra Perković is the only gold medalist from Rio who will defend her title, with new champions to be crowned in the four other events.

Away from the medals, Jamaica’s golden trio from the women’s 100m are back in action in the heats of the 200m. Elaine Thompson-Herah, Shelly-Ann Fraser-Pryce, and Shericka Jackson will all vie for a place in Tuesday’s Final. Meanwhile, in the men’s 400m, Rio gold medalist, South Africa’s Wayde van Niekerk, will look to progress through his semi-final for a chance to defend his Olympic title. 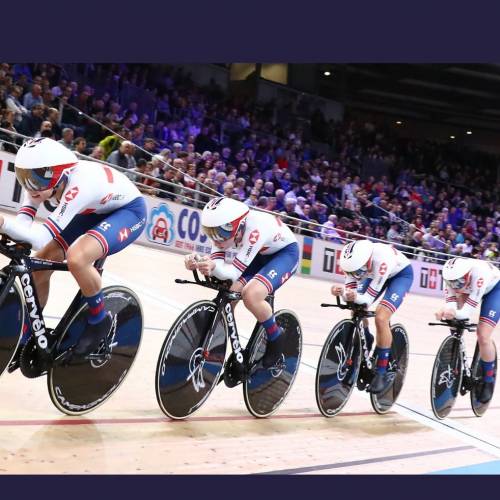 The Olympic Track Cycling continues at the Izu Velodrome in Shizouka on Tuesday 3rd August 2021 at 6:30AM GMT.

Tuesday marks the second day of action at the Izu velodrome, with two medals to be contested.

In the women’s team pursuit, Great Britain, whose team sees Rio gold medalists Katie Archibald and Elinor Barker joined by Laura Kenny and Josie Knight, will look to defend the nation’s titles from London and Rio, as Great Britain are the only gold medalists in the discipline since it was introduced in 2012.

In the men’s team sprint, Great Britain is also looking to defend a gold from Rio. A cornerstone of the sport, Team GB have won every men’s team sprint medal since Beijing. However, the will likely face a tough challenge from the Netherlands, who beat Britain to the gold at the UCI World Track Championships in Berlin last year. 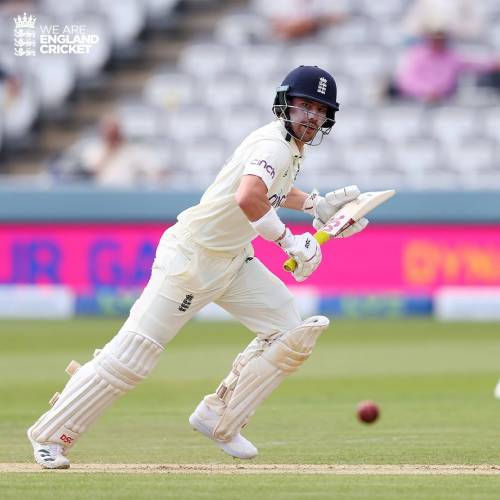 England and India begin the first Test of their five-Test series at Trent Bridge in Nottingham on Wednesday 4th August 2021 at 10:00AM GMT.

England and India play the first matches of the 2021-23 ICC World Test Championship.

India enter as the runners-up in the inaugural World Test Championship, decided earlier this year. They have not played Test cricket since that loss to New Zealand in late June and have been waiting in England for the start of this series. Shubman Gill, Washington Sundar, and Avesh Khan are all injured but India will still field an impressive line-up.

For England, this is a chance for revenge, after their resounding 3-1 series loss in India earlier this year. The English squad will hope to take advantage of home conditions and get their Test Championship campaign off to a strong start. However, England will be missing core pieces, such as Ben Stokes, who has announced an indefinite break from cricket.

India have not won a Test series against England in England since 2007. Can they start to end that drought today? 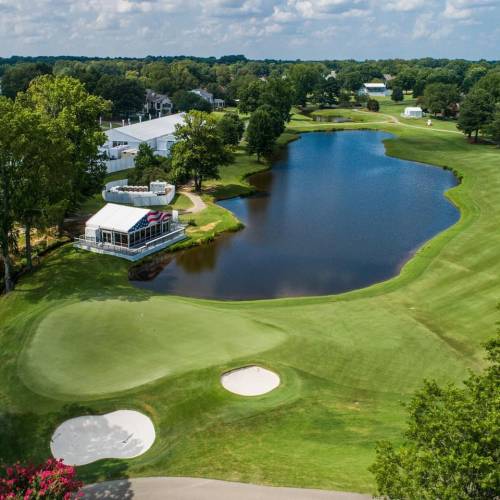 The next stop on the PGA Tour gets underway as the St Jude Invitational begins at TPC Southwind in Memphis on Thursday 5th August 2021 at 12:00PM GMT.

It’s business as usual following the conclusion of the Olympic men’s golf tournament, as the PGA and European Tours travel to Tennessee for the St. Jude Invitational.

Justin Thomas is the defending champion from 2020 and looks to continue his excellent year. However, he faces strong competition from a talented field. FedEx Cup leader and recent Open Championship winner Collin Morikawa will look to move on from his disappointing T4 finish in Tokyo, while Tokyo gold medalist Xander Schauffele will look to add another title to his trophy cabinet.

TPC Southwind is an iconic course and one of the most difficult PGA courses.

Get ready for a fantastic four days of golf. 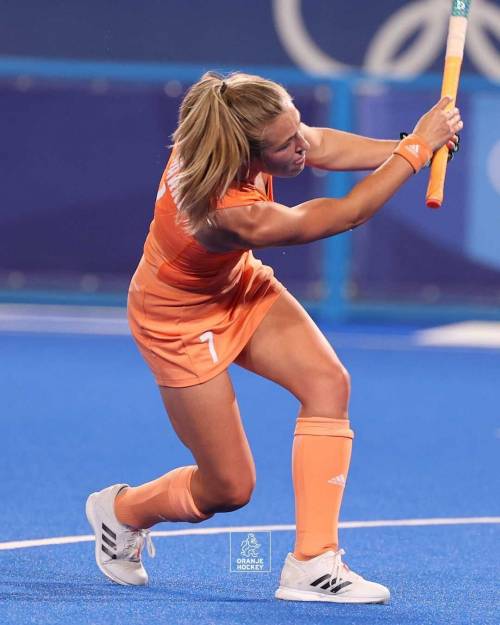 The women’s Olympic Field Hockey tournament comes to an end at the Oi Hockey Stadium in Tokyo on Friday 7th August 2021 at 12:30AM GMT.

Friday sees the medal matches of the Olympic Women’s Field Hockey tournament. The week opens with the quarterfinals, and the medalists from Rio – Great Britain, the Netherlands, and Germany – still in the competition.

The Netherlands in particular will be eager to find their way back to the Olympic Final, having taken gold in Beijing and London, and silver in Rio. The Netherlands are also reigning world champions, having won the FIH World Cup in 2018. As the number one nation in the world, and considered the world leaders in the sport, the Dutch are the nation to beat.

Meanwhile, Great Britain will look to become the third nation to successfully defend their Olympic gold. However, there will be tough challenges from the likes of Germany and New Zealand, the other semifinalists from Rio. 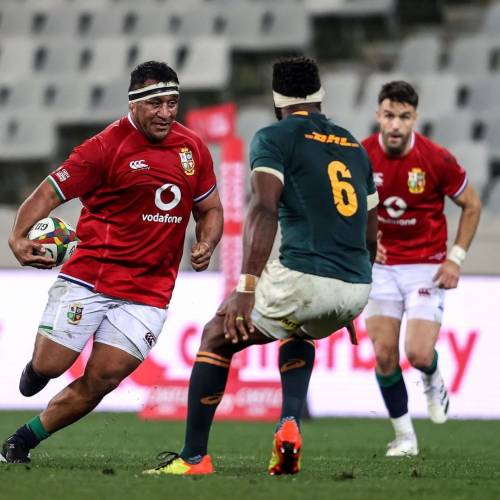 The British & Irish Lions Tour of South Africa comes to an end with a deciding Third Test against South Africa at Cape Town Stadium in Cape Town on Saturday 7th August 2021 at 4:00PM GMT.

It all comes down to a third and final Test in the British & Irish Lions Tour of South Africa.

The British & Irish Lions took the first Test in solid fashion, coming back from a half-time deficit to clinch a 22-17 victory. However, the second Test was all South Africa. The Springboks held the Lions to just three penalties in a 27-9 victory. It’s been a bitterly-fought series, which everything left on the field.

The third Test will come down to who can control the aerial game and the game’s tempo, as well as which side can find the defensive edge.

The last time the Lions played a deciding third Test against South Africa was during the 1910 Lions Tour. The Lions lost that match 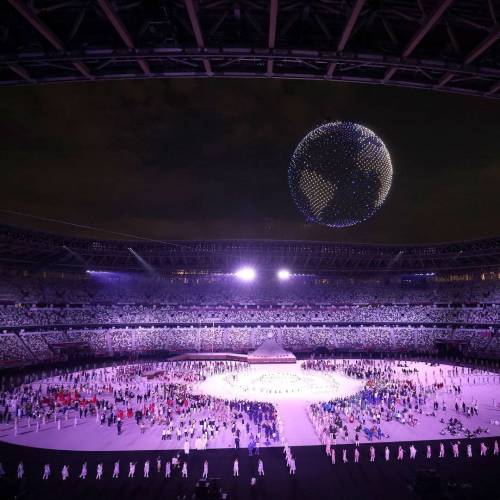 The final day of the Tokyo Olympics get underway in Tokyo on Saturday 7th August 2021 at 10:00PM GMT.

After 17 days, and 339 events contested by over 11,000 athletes, the Tokyo Olympics will come to an end at the Closing Ceremony.

The final day of events will see the last medals awarded. Women’s basketball, the final medals of the boxing, women’s volleyball, and men’s water polo are all among the last events to be concluded.

Honourable mentions from around the globe go to football. While MLS and NWSL seasons continue, a number of European club seasons get underway for the 2021-22 season. Ligue 1 opens with Monaco hosting Nantes. Meanwhile, Leicester City and Manchester City contest the FA Community Shield ahead of the start of the Premier League later this month.

In rugby league, the highlight of the NRL draw this week will be the showdown between the fourth-place Eels and third-place Rabbitohs. Meanwhile, in the Super League, league-leading Catalans Dragons look to extend their lead at the top of the table as they travel to Hull Kingston Rovers.

In rugby union, New zealand meet Australia in the first Bledisloe Cup match of the year.

In tennis, the road to the US Open officially begins. The ATP Tour starts in Washington DC with the Citi Open, while the WTA is in San Jose for the Silicon Valley Classic.

Aside from the start of England-India Test series, there is plenty of cricket to enjoy. Internationally, Australia begin their T20 series against Bangladesh. Domestically in the UK, the inaugural season of The Hundred continues.

For motorsport fans, there is plenty to enjoy. The Speedway World Championship continues with a pair of races in Poland. Meanwhile, the MotoGP season travels to Austria.

The Olympics continue throughout the week, concluding on Sunday. Use Fixture Calendar for a full and accurate Olympic schedule.

For sailing fans, Cowes Week continues on the Isle of Wight.

In Aussie Rules Football, the week sees the third from last set of fixtures in the AFL season.

In horse racing, the inaugural season of The Racing League continues with a race meeting in Doncaster.

For darts fans, the PDC season continues with Super Series 6.

In Mixed Martial Arts, this week sees UFC 265, headlined by the title fight between Derrick Lewis and Ciryl Gane.

American Football fans can rejoice as the NFL preseason gets underway. The Pittsburgh Steelers take on the Dallas Cowboys.

Written and information correct on 1st August at 10PM GMT