Get ready for another week of fantastic sport. The week begins with West Ham United facing Leicester City in the Premier League on Monday. That’s followed on Tuesday by the start of the much anticipated 2020 Paralympics in Tokyo. The middle of the week sees the start of the third Test between England and India at Headingley - what will this series serve up next after the thrilling Test match at Lord's.

Thursday sees the next event of the PGA FedEx Cup playoffs, the BMW Championships. The AFL playoffs begin on Friday, with Port Adelaide taking on Geelong in the first qualifying final.

On Saturday, Liverpool welcome Chelsea to Anfield in an exciting Premier League clash between the two teams at the top of the table. And we round out of the week with the return of F1 with the Belgian Grand Prix. 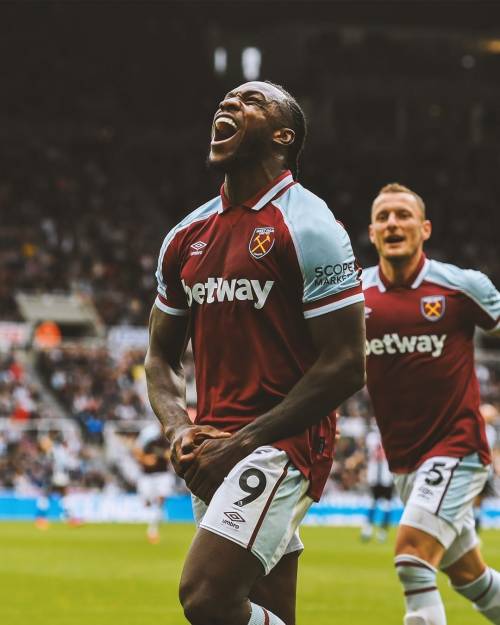 In the Premier League, West Ham United host Leicester City at the London Stadium in London on Monday 23rd August 2021 at 7:00PM GMT.

After a sixth-place finish last season, West Ham are looking to cement their status as a blossoming contender in the Premier League. Their most notable signing over the summer was centre-back Craig Dawson as they looked to further develop the squad that served them so well last season. Last week, they won their first Premier League season opener since 2015 as they beat Newcastle 4-2. If they can beat Leicester, it will be the first time since 1997 that they have won the first two games of the season.

Leicester will be looking for another successful season after a fifth-place league finish and winning the FA Cup in last season. However, the Foxes saw significant turnover in the offseason, with the loss of three long-time first team players in Wes Morgan, Christian Fuchs, and Matty James. They added Patson Daka, Boubakary Soumaré, Ryan Bertrand, and Jannik Vestergaard as they look to return to the title race fray. They began the season with a 1-0 win over Wolverhampton.

West Ham have a strong recent history over Leicester, winning the last two meetings between the two sides. 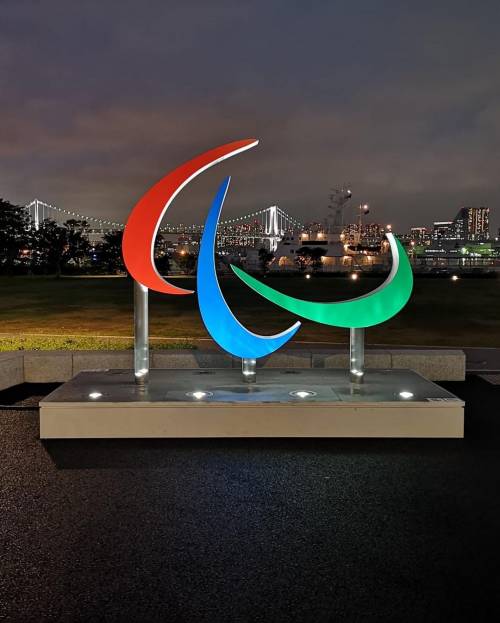 Tokyo once again welcomes the world as the 2020 Paralympics get underway.

Over 4500 athletes from 162 nations and the Olympic Refugee Team will compete in 540 events across 22 sports. Two new sports have been added for the 2020 Paralympics – badminton and taekwondo.

The games will be opened by Emperor Naruhito and the ceremony overseen by IOC President Thomas Bach, and IPC President Andrew Parsons.

Fixture Calemdar will be highlighting events through the Games, as well as publishing daily event schedules on our Instagram. 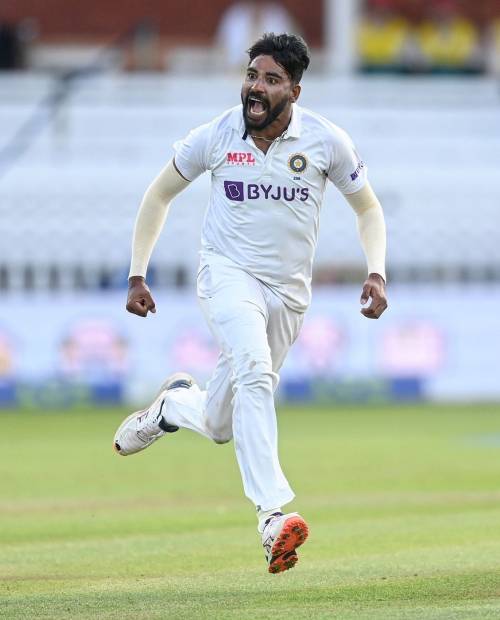 The third Test between England and India begins at Headingley in Leeds on Wednesday 25th August 2021 at 10:00AM GMT.

England will be looking for answers heading into the third Test against India.

A complete second innings collapse for the hosts was the story of the second Test. Eight balls into England’s second innings, India had already taken two wickets. The hosts would be all out for 120, giving India a win by 151 runs.

Going into the third Test, all eyes will be on the bowling prowess of Mohammed Siraj. The right-arm fast bowler took eight wickets in the second Test, coming heartbreakingly close to a place on the Lord’s honors board in both innings. At the crease, K L Rahul’s 128 runs in the first inning were vital to India’s batting efforts, though it would be the half-centuries of Ajinkya Rahane and Mohammed Shami that would set things up in their second innings.

England will be hoping for a better performance across the board. However, they can take some comfort in parts of their bowling core. James Anderson recorded his seventh career five wicket haul at Lord's in the first innings of the second Test and Mark Wood took five wickets across the Test.

Can England even the series? Or will India take a 2-0 lead? 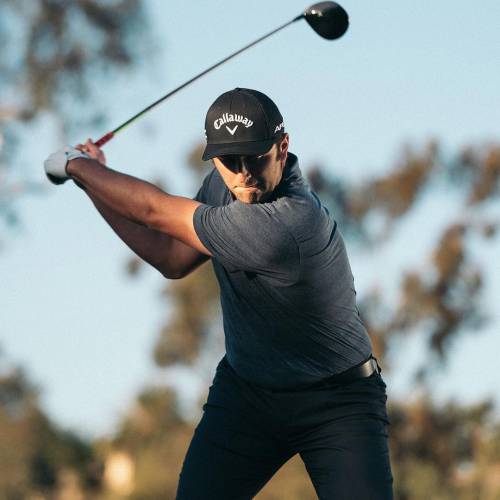 The FedEx Cup playoffs continue with the BMW Championship at the Caves Valley Golf Club in Owings Mills, Maryland on Thursday 26th August 2021 at 12:30PM GMT.

The BMW Championship marks the final chance to earn points on the PGA Tour, with the top 30 golfers in the Tour standings after the event progressing to the season-ending Tour Championship.

John Rahm could enter as both defending champion and Tour leader if he can pull out a win at the tightly contested Northern Trust, which concludes on Monday due to a weather delay. The Spaniard has had an excellent season, notching four top-5 finishes and a Majors win at the US Open.

However, the competition will be fierce. PGA Player of the Year Collin Morikawa will be looking to bounce back after failing to make the cut at The Northern Trust. Jordan Spieth, Patrick Cantlay, and Harris English, who sit second, third, and fourth in the standings coming into the week, will all look to cement their standing ahead of the Tour Championship.

This is going to be an excellent four days of golf. 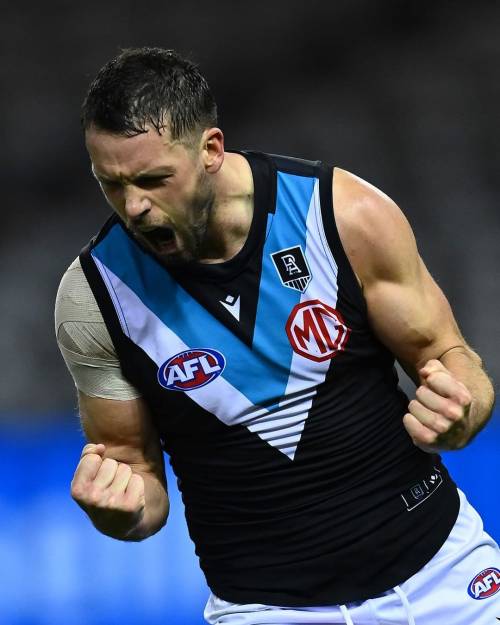 In the first round of the AFL playoffs, Port Adelaide face Geelong at the Adelaide Oval in Adelaide on Friday 27th August 2021 at 9:50AM GMT.

Port Adelaide weren’t able to defend their 2020 minor premiership, losing out to the best Melbourne team in a generation. However, they managed a second-place finish on the ladder as the team looks to make just their third AFL Grand Final, and their first since 2007.

Geelong improved on their fourth-place regular-season finish in 2020, finishing third behind Melbourne and Port Adelaide. With back-to-back defending champions Richmond missing the Finals completely, Geelong will be looking to at least match their 2020 result of reaching of the Grand Final.

The winner of this match advances directly to the Preliminary Finals to compete for a place in the Grand Final. The loser will face either Sydney or Greater Western Sydney in a do-or-die match next week.

The two sides only met once in the 2021 regular season, with Geelong winning by 21. But who will take the all-important win today? 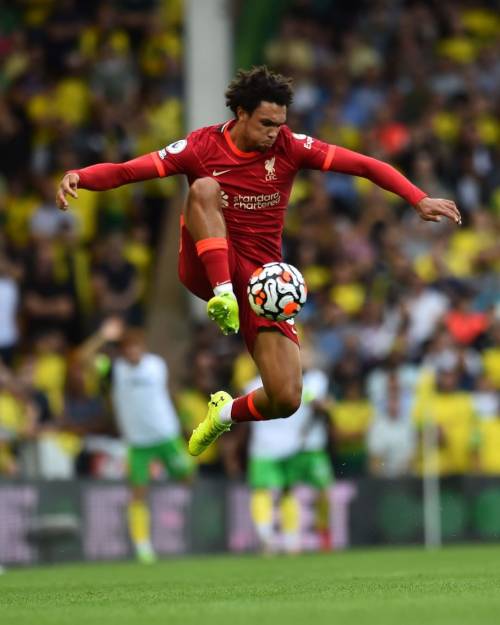 At the top of the Premier League table, Liverpool welcome Chelsea to Anfield in Liverpool on Saturday 28th August 2021 at 4:30PM GMT.

Liverpool, now a season removed from their Premier League title, will once again look to be a major player in the title race. The only significant moves they made in the offseason, aside from the sale of a number of players who had never appeared in the first team, was the release of long-time midfielder Georginio Wijnaldum, and the acquisition of young French defender Ibrahima Konaté. For the fourth consecutive season, they have begun by going 2-for-2 in their opening matches, with convincing wins over Norwich and Burnley.

Chelsea also enter with a perfect record through two matches. After a convincing 3-0 win over Crystal Palace during opening weekend, Chelsea beat London rivals Arsenal 2-0 on Sunday to go top of the table. Chelsea have their sights firmly set on securing the Premier League title in Thomas Tuchel’s first full season at the helm. However, Liverpool will be seen as the first real test for the Blues, as a fellow title contender.

But who will come out as the winner after 90 minutes at Anfield? 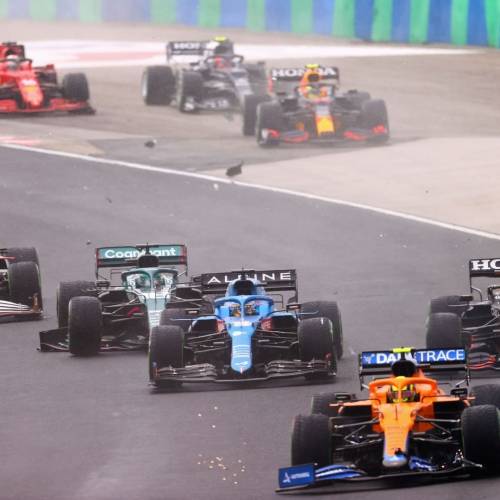 F1 returns with the second half of its season kicking off with the Belgian Grand Prix at the Circuit de Spa-Francorchamps in Stavelot. The race begins on Sunday 29th August at 1:00PM GMT.

An absolutely wild Hungarian Grand Prix, which saw six retirements and disqualification, to close out the first half of the season saw Lewis Hamilton finish second and Max Verstappen finish ninth. This meant that Hamilton returned to the top of the Drivers’ Championship standings, a position he had not found himself since the start of the Monaco Grand Prix back in May. His lead is by no means secure however, as Verstappen only trails him by 8 points.

Spa-Francorchamps is a favourite track amongst drivers and fans alike. With its wide curving corners, sudden chicanes, and the iconic Kemmel Straight, it’s the perfect place to get the second half of the season under way.

Be sure you don’t miss what will be a fantastic race.

Honourable mentions go to tennis. The ATP Tour travels to Wake Forest University for the Winston-Salem Open. The WTA Tour is in Cleveland for the inaugural edition of the Tennis in the Land tournament. The WTA Tour is also in Illinois for the Chicago’s Women’s Open.

It’s also a big week in rugby league. It’s the penultimate week of the NRL regular season. The biggest matches of the week see the fourth-place Roosters host the third-place Rabbitohs and the seventh-place Knights host the ninth-place Titans in a match that could be crucial for playoff standings. Elsewhere in the sport, there’s another round of fixtures in the Super League.

It’s also a busy week of football fixtures. The week sees the second round of the Carabao Cup, including a Premier League clash between Newcastle United and Burnley. In the US, the NWSL and MLS both continue. Meanwhile, the Premier League and La Liga both play their third week of fixtures.

In cricket, the quarterfinals of the T20 Blast take place this week. The 2021 Caribbean Premier League season opens this week. Internationally, the series between the West Indies and Pakistan continues.

For cycling fans, there’s 1064.5km of Vuelta a España to enjoy as the race travels from Roquetas de Mar to Navalmoral de la Mata. The UCI Women’s World Tour travels to the Netherlands for the five-day Holland Ladies Tour.

For motorsport fans, it’s a packed week of events. The Speedway World Championship is in Russia. The W Series joins F1 in Belgium. Meanwhile, MotoGP’s season continues with the British Grand Prix.

In baseball, the MLB season continues.

The Paralympics run throughout the week.

Alongside the Paralympic athletics, there is also the next Diamond League meeting in France.

As well as Paralympic swimming, the third season of the International Swimming League begins in Naples.

In basketball, the WNBA season continues.

In horse racing, the first season of the Racing League continues at Lingfield Park.

For fans of Australian Rules Football, the playoffs get underway. Alongside Port Adelaide v Geelong, Melbourne face Brisbane in the other qualifying final. In the eliminator finals, Western Bulldogs face Essendon while Sydney take on local rivals Greater Western Sydney.

Written and information correct on 22nd August 2021 at 10pm GMT