Get ready for a thrilling week of sport. On Monday, the tightly-contested second Test between England and India concludes. That’s followed by a meeting between two of the hottest teams in baseball as the Oakland Athletics host the Chicago White Sox. The road to the US Open continues on Wednesday with midweek action from the Cincinnati Masters. Thursday sees the start of the final women’s golf Major of the year, the Women’s British Open, get underway. And the SailGP season continues on Friday with the start of the inaugural Denmark Sail Grand Prix.

The weekend begins with the Finals of The Hundred on Saturday and the great sport just keeps coming as Arsenal host Chelsea in the Premier League on Sunday. 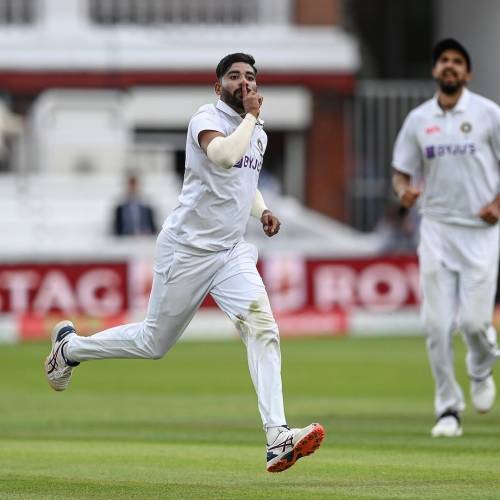 It all comes down to the final day of the second Test between England and India.

After winning the toss, England chose to bowl, only for India’s first four batters to score 278, including 129 from K.L. Rahul. The visitors ended the first inning on 364. However, England responded in kind with a 394-run first inning, including 180 from Joe Root as he notched his fifth century of 2021.

It was then the turn of the English bowlers to take control. Rahul was held to just 5 runs off 30 balls and Rohit Sharma only added 21 runs to the tally before standout performances by Chesteshwar Pujara and Ajinkya Rahane helped India clear the 100-run mark. Mark Wood led England’s wicket-taking efforts with three key wickets. When play was called on Sunday, India sat at 181/6 which is a lead of 154.

This is a day of cricket you won’t want to miss. 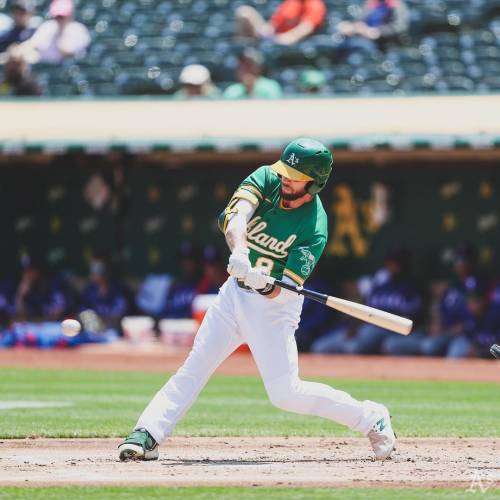 Two of the hottest teams in the MLB go head-to-head as the Chicago White Sox host the Oakland Athletics at Guaranteed Rate Field in Chicago on Wednesday 18th August 2021 at 12:10AM GMT.

The Chicago White Sox have seemingly taken the final step of their rebuild towards becoming a contender. They come into the week with a double-digit lead at the top of the AL Central and look well on their way to their first division title since 2008. They are one of the best-hitting teams in the American League behind players such as Tim Anderson, Yermin Mercedes and Andrew Vaughn. Their pitching core is also one of the best in the league, led by veteran Lance Lynn.

The Oakland Athletics are once again hunting for the playoffs, be it by defending their AL West title, or by slipping in as a wild card.  The team’s offense efforts, which rank around the middle of the league, are led by the power-hitting Matt Olson and Oakland legend Jed Lowrie. Combine that with the AL’s best pitching staff and you have a potent combination that no team should underestimate.

It’s a clash between two of the hottest teams in baseball, and one you won’t want to miss a moment of. 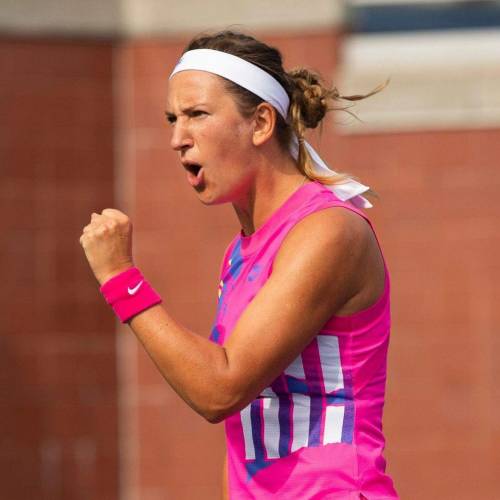 The Cincinnati Open continues at the Lindher Family Tennis Center in Mason, Ohio on Wednesday 18th August 2021 with play beginning at 4:00PM GMT.

The road to the US Open continues with the Cincinnati Open, with second round play on Wednesday.

The men’s draw is wide open, with all members of the Big Three absent from Mason. 11th seed Jannik Sinner comes off a win at the Citi Open in Washington DC. However he will have to contend with the usual names in the men’s game – Daniil Medvedev, Alexander Zverev, and Stefanos Tsitsipas to name a few. With the kings of the game absent, it’s going to be a very interesting men’s draw.

In the women’s draw, Victoria Azarenka looks to defend her 2020 title. If successful, it would mark the first successful defense in the women’s draw since Serena Williams in 2015. However, alongside world number 1 Ashleigh Barty and the other high flyers of the women’s tennis, the tournament marks the return of Naomi Osaka.

It’s set to be a fantastic tournament. 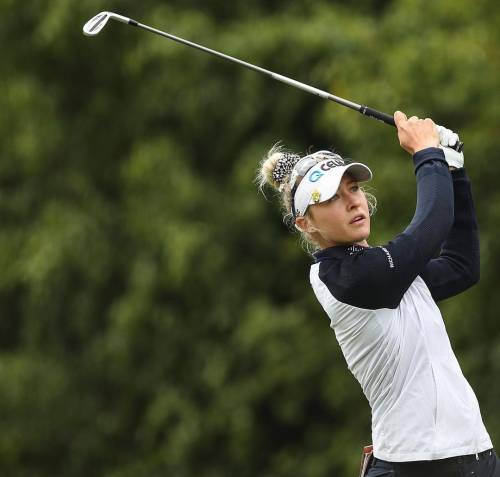 The final Major of the women’s golf season, the Women’s British Open, gets underway at Carnoustie Golf Links in Carnoustie on Thursday 19th August 2021 at 7:00AM.

Carnoustie is often referred as one of golf’s greatest tests. And now it plays host to the final Major of the 2021 women’s golf season.

Sophia Popov will look to mount the first successful title defense at the Women’s British Open since Yani Tseng in 2011. Coincidentally, Tseng made her defense at Carnoustie. However, the clear favourite for the title is Nelly Korda. Korda is having a career year, having already won the Women’s PGA Championship and Olympic gold.

However the title will not come easy for Korda. 2015 champion and world number 3 Inbee Park is in fine form this season, with a win at March’s KIA Classic and the 2nd lowest scoring average behind Korda. The likes of Sei Young Kim, Danielle Kang, Brooke Henderson, and Yuka Saso will all also be in the hunt to take home the season’s final Major. 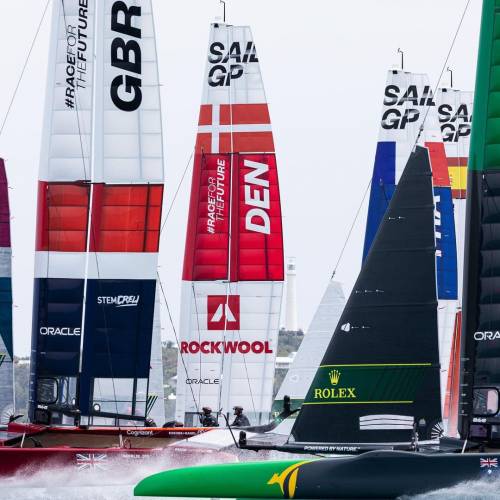 The SailGP season continues with the fourth meet in Aarhus. Racing begins at 1:00PM GMT on Friday 20th August 2021.

The SailGP season travels to Denmark for the fourth meet of the season.

After three events, Australia and Great Britain are tied at the top of the standings on 22 points apiece. Each team has won a meet, with Great Britain winning in Bermuda, and Australia taking the win in Plymouth. However, the standings overall are incredibly close, with 3rd place France just a point behind the leaders, and the US, Japan and Spain all just two points behind France.

Denmark is a new event for the 2021-22 season as the competition looks to expand its scope. Hosts Denmark currently sit in 7th in the standings but have been improving as the season has progressed. They will be hoping the team led by helmsman Nicolai Sehested can give the home fans something to cheer about.

It’s going to be an unmissable meet in the City of Smiles. 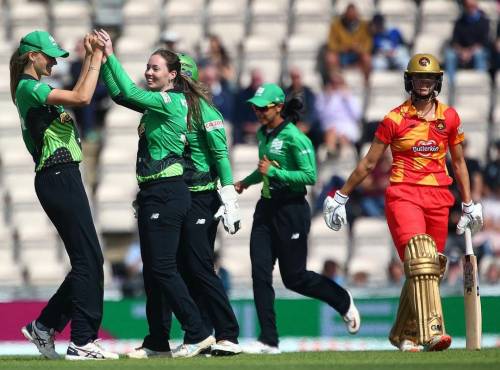 After a thrilling month of cricket, The Hundred’s first season comes to a close.

In the women’s Final, the Southern Brave will face the winner of an elimination match played on Friday. The Dane van Niekerk-led Oval Invicibles will face either the Northern Superchargers, Birmingham Phoenix, or London Spirit in that game on Friday. However, the Southern Brave, captained by Anya Shrubsole and boasting the likes of Sophia Dunkley and Amanda-Jade Wellington, have dominated the women’s league this season. With one match to go, they hold a 6-1 record and are very much the women’s team to beat.

The men’s league is still wide open, with just three points separating first and fifth. Overall, five teams still have a chance to appear in the eliminator match at the minimum. Coming into the week, the Moeen Ali-captained Birmingham Phoenix are atop the standings.

Don’t miss the end of what has been a fantastic start to this new cricket tournament. 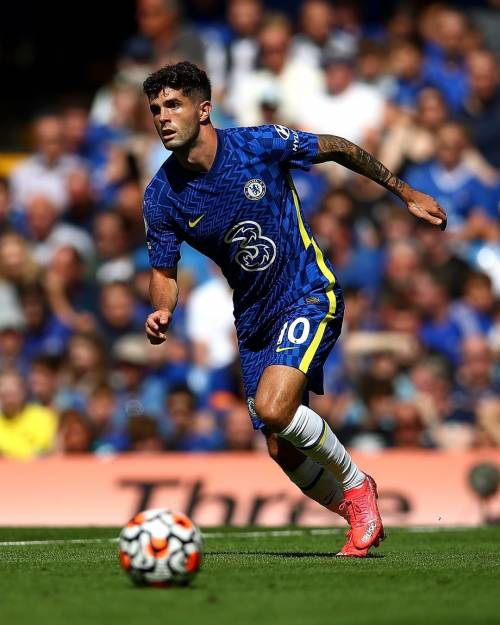 The second week of the Premier League season sees old rivals face off as Arsenal host Chelsea at the Emirates Stadium in London on Sunday 22nd August 2021 at 3:30PM GMT.

Arsenal, who are looking to improve upon back-to-back 8th-place finishes in the league, were stunned in their opening match by newly promoted Brentford. The Bees beat the Gunners 2-0. Arsenal will be eager to bounce back against one of their most storied rivals.

Chelsea opened their season with a convincing 3-0 win over Crystal Palace. The Blues are slated to be one of the major title contenders this season and every point will be vital come season’s end.

A pre-season friendly notwithstanding, the last time these sides met was in mid-May. On that occasion, Arsenal came through with a 1-0 victory. Arsenal have not lost to Chelsea since December 2019.

Who will come out on top in the latest instalment of this classic rivalry?

For cycling fans, the Vuelta a España enters its first full week, covering 1223.1km from Santo Domingo de Silos to Alto de Velefique. The UCI World BMX Championships also get underway at the weekend, with the Final races on Sunday.

There is also plenty of cricket to enjoy. The Royal London One-Day Cup concludes in England as does The Hundred which concludes at Saturday’s Finals Day. Internationally, Pakistan’s Tour of the West Indies continues.

If you enjoyed the Olympic athletics, don’t miss the return of the Diamond League, which travels to the United States this week.

If basketball is your sport of choice, the WNBA season continues.

There is plenty of football to enjoy. With the European leagues back in full swing - don’t miss the week’s action in the Premier League, Ligue 1, the Bundesliga, La Liga, Serie A, as well as the MLS in the US.

In golf, the FedEx Cup Playoffs begin with The Northern Trust. Meanwhile, the European Tour continues with the Czech Masters.

There is plenty of variety for motorsport fans. In motorbike racing, the Superbike World Championship is in Spain. There is also the running of the 24 hours at Le Mans for any endurance racing enthusiasts.

The big boxing event of the week is the showdown between Manny Pacquaio and Yordenis Ugás for the WBA Super Welterweight title.

In horse racing, the Racing League travels to Windsor.

The snooker season sees the start of the British Open.

For tennis fans, don’t miss the start if the Winston Salem Open on Sunday as well as the full week of action from the Cincinnati Open.

The World Triathlon Championship Series concludes in Edmonton, making it a must-watch for any triathlon fans.

In Australian Rules Football, it’s the final week of the AFL season.

Written and information correct on 15th August 2021 at 10pm GMT