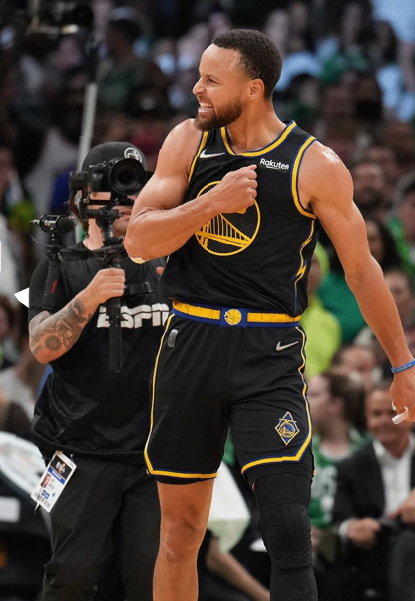 Sports fans are in for a treat this week, with exciting sporting action taking place around the world. On Monday, the Golden State Warriors take on the Boston Celtics in game 5 of the NBA Finals. The following day, across the Atlantic, England host New Zealand in day 5 of the second Test which could be set for the a thrilling climax. On Wednesday, the Stanley Cup Final begins as the Colorado Avalanche go up against the Tampa Bay Lightning.

Thursday will see the world’s best golfers descend on The Country Club Brookline for the 122nd U.S. Open. The following day, players at the Queen’s Club Championships will battle it out in the Singles Quarterfinals.

There is no shortage of exciting sport at the weekend either. On Saturday, Leicester Tigers go head-to-head with Saracens in the Premiership Rugby Final. Finally, on Sunday teams and drivers head to the familiar Circuit Gilles Villeneuve for the Canadian Grand Prix, round 9 of the Championship.

After an entrawling series to date, game 5 of the NBA Finals will see the Warriors and Celtics return to the Chase Center. With the series currently tied at 2-2, whoever takes the win here will only need one more win to clinch this year’s NBA title.

After an enjoyable Test so far, fans will not want to miss a minute of the 5th and final day. After a win in the first Test, England will be keen to take a commanding and unassailable lead in New Zealand’s three Test tour. Can New Zealand level the score?

After moving past the Edmonton Oilers and the New York Rangers respectively, the Colorado Avalanche and the Tampa Bay Lightning will fight it out in a 7 game series for the Stanley Cup title. The first game between the two top teams takes place at Ball Arena in Denver. Who will take first blood?

After arguably the most controversial few weeks in golf history, players and fans will be hoping that a sense of normality can be restored at Brookline for this year’s U.S. Open. Can Rory Mclroy build on a strong performance at the RBC Canadian Open and take the win? Or will we see another player at the top of the leaderboard after 72 holes of play?

Established in 1889 the Queen’s Club Championships is one of the most popular and longest running events on tour. With its proximity to Wimbledon, the event is a great indicator of form heading into The Championships and one that players use to prepare themselves for the 3rd Grand Slam of the season.

After strong performances from both teams in their Semi-final matches, Leicester Tigers will go head-to-head with Saracens at Twickenham in the final game of the season. Both teams will be desperate for the win and to lift the trophy in front of their fans. Can the Tigers win an 11th Premiership title?

After a disappointing performance for both Ferrari’s in Baku, the team will be hoping they can use their blistering pace without hiccups at this weekend’s Canadian Grand Prix. Drivers will be hoping their teams can limit porpoising this weekend, especially down the long straights of Circuit Gilles Vileneuve. Will anyone end up in the wall of champions?

Written and information correct on 12th June 2022 at 10pm GMT