At the heart of great sport is a great narrative and the very best sport involves these narratives being completely torn up and discarded. There is nothing in sport quite as captivating, compelling and wholesome as an underdog defying the odds, and succeeding in the face of adversity on the biggest stage of all. Let’s take a look at some of the best underdog stories that history has served up. 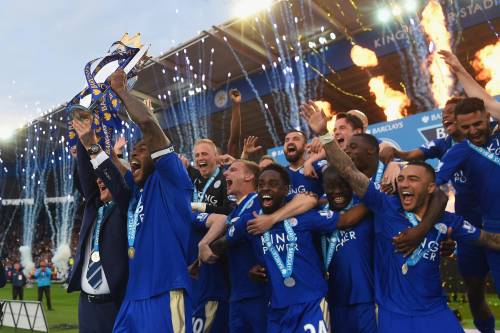 By 2016 just five teams had won the Premier League in its 24-year history. Since the turn of the millennium, the chasm between the top flight’s elite and the rest of the division had become seismic - few sides looked capable of breaching the top six, let alone mounting a title challenge. However, during the 2015/16 season, minnows Leicester - who had narrowly avoided relegation the previous season and were 5,000-1 outsiders to win the league at the start of the campaign - emerged as surprise title contenders. Pundits and experts insisted that they would eventually falter and the pressure would get to them, but week after week the Foxes kept on winning. Confirmation that they had achieved the unthinkable came when second place Tottenham were held to a draw by Chelsea, handing victory to hard work and togetherness, as Claudio Ranieri’s plucky underdogs were crowned champions of England. 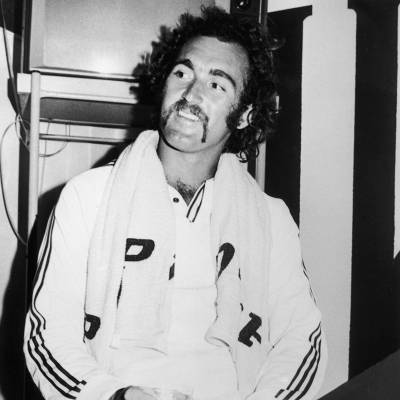 A matter of weeks before the 1976 Australian Open, Mark Edmondson was washing windows but, by the end of the tournament, he was a Grand Slam champion. Edmondson was a late entry to the tournament, only qualifying in the first place because other players had dropped out. The powerful serving 21-year-old steadily made his way to the semifinals, where he faced eight-time Grand Slam champion and world number two Ken Rosewall and having previously never got past the second round at a major, Edmondson emerged victorious in four sets to book his place in the Australian Open final.  Seven-time Grand Slam champion John Newcombe stood between Edmondson and the perfect fairytale ending. In a match dubbed the ‘Battle of the Moustaches’ due to the pair’s matching, fetching facial hair, Edmondson fought back from a set down to win 6-7, 6-3, 7-6, 6-1. Ranked 212 in the world at the time, he remains the lowest ranked player to ever win a Grand Slam. 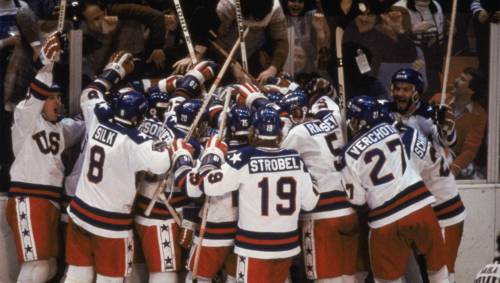 The Miracle on Ice: USA Beat the USSR, 1980 Winter Olympics

When the USA met the USSR in the ice hockey final medal round at the 1980 Winter Olympics, it was billed as a David versus Goliath encounter with the USSR as unquestionable favourites, having taken gold at four successive Winter Olympic games. They had won nothing but gold since the 1964 games, had not lost a match at the Winter Olympics since 1968 and boasted a team brimming with experienced, full-time professionals. In contrast, the USA side was made up of amateurs and college players. With Jim Craig pulling off save after save in the USA’s goal, the USSR took a slender 2-1 lead into the final third. The opponents drew level, and short after Mike Eruzione unleashed a 25-foot wrist shot into the USSR goal, to which the underdogs hung on to to secure a remarkable 3-2 victory. They claimed the gold medal, and the USSR had to settle for silver. 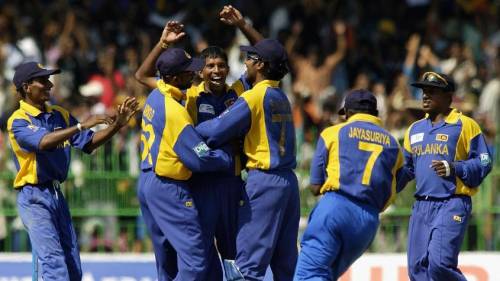 Before the 1996 Cricket World Cup, Sri Lanka were 100-1 outsiders, with a team consisting primarily of semi-professionals. Despite their underdog status, Sri Lanka had a swagger about them and got their World Cup campaign off to a flying start, stunning India en route to topping their group. They progressed to the semi finals, after a five wicket victory over England, where they faced the daunting task of playing hosts India once more in front of a 100,000-strong partisan crowd at Eden Gardens. India were left chasing 251, and when Sri Lanka bowled talisman Sachin Tendulkar out for 65 and the India batsmen began to crumble, the home crowd turned and began to riot. With India 120 for 8, the match was awarded to Sri Lanka. In the tournament’s final, Aravinda de Silva turned in a man of the match performance, hitting 107 as Sri Lanka successfully chased down Australia’s 241. Having long lived in the shadows of India and Pakistan, this team of bankers, salesmen and clerical workers got their hands on the greatest prize in cricket. 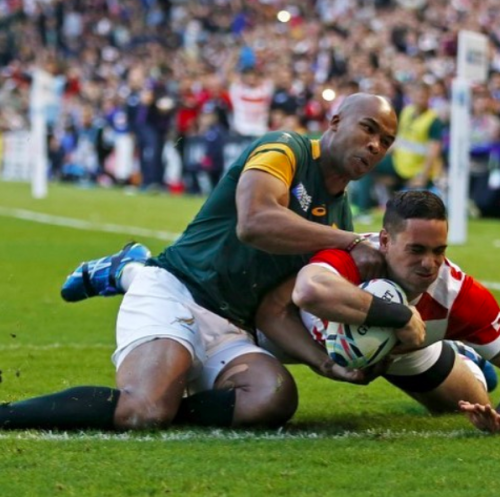 Prior to 2015, Japan had featured at the Rugby World Cup on seven occasions and had never qualified from the pool stages. With this statistic preceding them, they faced a South Africa side who had won more World Cup titles (two) than Japan had won World Cup matches (one). All odds stacked against them, the Brave Blossoms played with an infectious energy and fearlessness. In an inspired Japanese performance, full-back Ayumu Goromaru scored 24 points as the Brave Blossoms went toe to toe with South Africa. However, Japan still found themselves narrowly trailing as the clock ticked down. They probed and probed and eventually in the final minute the South Africa resistance was broken by Karne Hesketh, scoring a last gasp try to secure a famous 34-32 victory and create the greatest upset in the sport’s history. 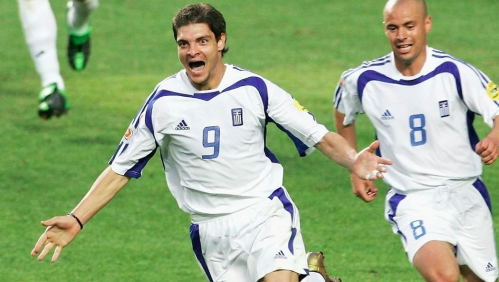 Greece had never won a game at a major tournament when they travelled to Portugal for the 2004 European Championships. They pulled off the tournament’s first major shock in their opening group game, beating the much fancied hosts 2-1. However, it appeared they had peaked too soon after drawing and losing their final two group fixtures, scraping into the quarterfinals with four points. But it was in the knockout stages where Greece really flourished. ‘Exciting’ was not a word you would use to describe this Greece side, but resolute, robust and hugely effective certainly are certainly words that you would. Otto Rehhagel built his team on a solid defensive foundation, and Greece kept clean sheets in both the quarterfinals and semifinals as they first knocked out holders France, and secondly the favourites, the Czech Republic. Greece finished the tournament as they began it - against hosts Portugal - and recorded a trademark 1-0 victory to be crowned champions of Europe. 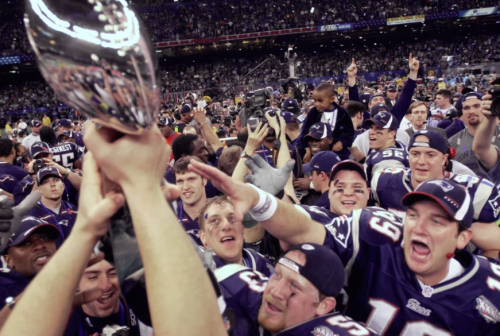 It’s difficult to imagine the New England Patriots as plucky underdogs. Over the past two decades, they have sent NFL records tumbling - most Super Bowl crowns, longest winning streak, greatest number of consecutive division titles won, to name but a handful - but at the beginning of the millennium, they were considered an ageing team not capable of challenging for the Super Bowl. Coach Bill Belichick’s previous position had been an underwhelming stint at the Cleveland Browns, while quarterback Tom Brady had been the 199th pick in the draft the year before. The Patriots started the season slowly, losing their opening two fixtures. The unknown Brady was introduced in the third game of the season, and the Patriots won 11-3 with the 24-year-old quarterback on their side. They won the AFC Conference Championship and sailed into the Super Bowl, where Brady delivered an MVP performance. The Patriots beat the St Louis Rams 20-17 as the improbable became reality.

John Daly was not due to play at the 1991 US PGA Championship until the Wednesday morning before the event. Nick Price dropped out at the last minute as his wife was about to give birth and Daly was the ninth and final alternative for the tournament. He drove halfway across the country through the night to play on a course he had never set foot on - let alone practiced on - before. Despite his rookie status and less than ideal preparation, Daly captured the nations attention with his enthusiastic, easy going nature and exceptionally long drives, which enabled him to consistently surpass most obstacles on the course. The 25-year-old scored 69-67-69-71, taking the lead in the second round and holding his nerve to win by three shots, claiming his first of two majors in the process. 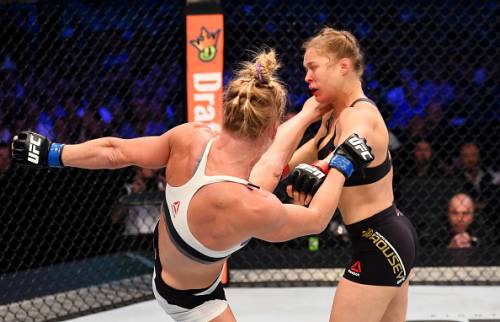 UFC 193 was headlined by Holly Holm versus Ronda Rousey. The latter was the reigning UFC Women’s Bantamweight world champion, yet undefeated, seemingly unbeatable and the overwhelming favourite. The former was a highly decorated ex-boxing world champion, who had only made her mixed martial arts debut in March 2011. Prior to her fight with Holm, Rousey’s last three fights had lasted 34, 16 and 14 seconds. Not only did Holm become just the second fighter in UFC history to take Rousey past the first round, she actually controlled the fight from start to finish. The 33-year-old hit the favourite with jab after jab, before knocking Rousey out in the second round with a fierce kick to the neck to end her three-year reign as champion, and record one of the biggest shocks in the history of combat sport.

Cassius Clay (pre-Muhammad Ali) was the 7-1 outsider when he took on Sonny Liston in the pair’s inaugural bout in 1964. Liston was regarded as one of the finest heavyweight boxers of all time, and the most intimidating, daunting fighter of his day. He was the reigning World Heavyweight Champion after two emphatic first round victories over Floyd Patterson in the space of 10 months. On the other hand, Clay was the plucky 22-year-old underdog, regarded as agile and nippy but too lightweight for the sheer might of Liston. However, Clay’s razor sharp reflexes proved too much for Liston, hitting him with a flurry of combinations in the third round and inflicting the first cut of Liston’s career. Despite struggling with his eye sight in the fourth, Clay hung on and Liston, nursing a shoulder injury spat out his mouth guard and retired before the seventh. Rank outsider Clay was declared the winner on a technical knockout, claiming his first world title.

Villanova produced one of college basketball’s greatest ever upsets during the 1985 NCAA Championship. To this day, they remain the lowest seed (eight) to win a national championship. The Wildcats had endured a mixed season, going into the NCAA Championship with a meek 19-10 record. However, things started to pick up during the tournament as Villanova knocked out top seeded Michigan in the second round. They overcame a five-point halftime deficit against North Carolina Tar Heels to book their place in the Final Four, where they progressed to the final with a 52-45 victory over Memphis State. Opponents Georgetown were nine-point favourites going into the final, with a staggering 35-2 record. However, Villanova’s underdog spirit saw them complete their fairytale with a 66-64 victory. Dwayne McClain sunk to his knees clutching the ball as the buzzer sounded in an iconic image that captures the enormity of what Villanova had just achieved.

When Liverpool were celebrating successive top flight titles under Bob Paisley in 1977, Wimbledon were still plying their trade in the fifth tier of English football. The Dons enjoyed a remarkable rise up the footballing ladder, climbing from Non-league obscurity to Division One in the space of nine years. In 1988 - just their 11th season in the football league - Wimbledon reached the FA Cup final. They faced a Liverpool side who had been crowned champions of England six times in the last 10 years. But the swashbuckling brilliant 1980s Liverpool side were undone by a dogged, resilient Wimbledon. Lawrie Sanchez struck in the first half, before Dave Beasant saved John Aldridge’s spot kick in the second to secure a remarkable 1-0 win for the Dons. The FA Cup is famed for upsets and underdog triumphs, but seldom in the final on the biggest stage of all.

A romantic underdog story can take place in any sport, in any country, at any time. Make sure you don’t miss the next one with the Fixture Calendar.