Get ready for another excellent week of sport. On Monday, the Stanley Cup playoffs between the Tampa Bay Lightning and Montreal Canadiens begins. That’s followed by a showdown between old rivals England and Germany in Euro 2020 on Tuesday. Our midweek pick comes to us from the All England Club as the Second Round of Wimbledon gets underway. Thursday brings us a crucial Game 5 in the NBA Eastern Conference Finals between the Milwaukee Bucks and Atlanta Hawks. And celebrate Friday with seventh stage of the Tour de France.

We kick off the weekend with Saturday’s British & Irish Tour match against South African Super Rugby side, the Lions. Sunday sees more F1 action as the season stays at the Red Bull Ring for the Austrian Grand Prix. 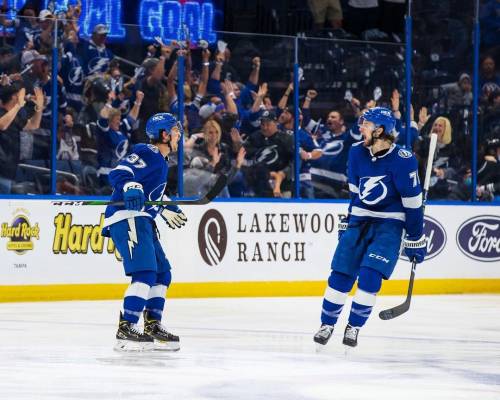 The Stanley Cup Finals begin, as the Tampa Bay Lightning host the Montreal Canadiens for Game 1 at Amalie Arena in Tampa on Tuesday 29th June 2021 at 12:00AM GMT.

The Tampa Bay Lightning will look to defend their title and win their third Stanley Cup in four attempts. The Lightning were taken to seven games by the New York Islanders in the Stanley Cup Semifinals, but a late second period goal in Game 7 from Yanni Gourde would be the deciding factor of the series. If they can defend their title, they will be the first team to do so since the Penguins in 2016.

This is the first playoff meeting between the two sides since 2015, when Tampa Bay won in the Second Round of those playoffs. But six years later, it’s anyone’s game. 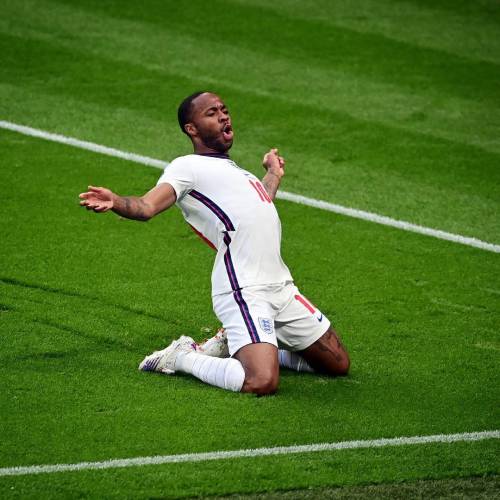 England enter this matchup in high spirits. England’s young squad, the third-youngest at Euro 2020 with an average age of 24.8, were strong in the group stage. They earned two wins and draw to win their group and will look to continue their run against old foes Germany. England have not been the most offensively-minded team, with just two goals in the group stage. However, they have displayed a resolute and disciplined defence that teams have struggled to break down.

Germany finished second in their group, with a win, a loss, and a draw in the group stage. As has been the issue for a number of years now, inconsistency has been the biggest problem for the team. Despite this, Germany has enjoyed a strong tournament so far from young superstar Kai Havertz. The Chelsea forward has two goals in the tournament so far.

This will be the 13th meeting at Wembley between the two sides, and England is winless in the last seven such meetings. This is going to be a match to remember...

Euro 2020 continues with the quarterfinals later this week on Friday and Saturday. Use Fixture Calendar to find the details of those matches. 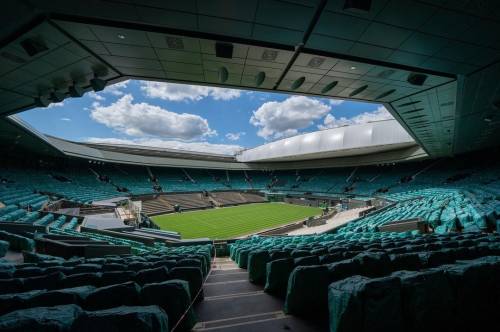 The Second Round begins at Wimbledon at the All England Club in London. Plays begins at 10:00AM GMT on Wednesday 30th June 2021.

After being cancelled in 2020, Wimbledon makes it’s highly-anticipated return. In the men’s draw, all thoughts are once again on the Big Three. Roger Federer is aiming to becoming the men’s leader in Grand Slam titles with 21. Meanwhile, Novak Djokovic is looking to join Federer and Nadal on 20 titles, and become the first man since 1969 to win the Australian Open, French Open, and Wimbledon in the same calendar year. However, Rafael Nadal will miss Wimbledon for the first time since 2016.

In the women’s draw, 2019 champion Simona Halep is not in attendance due to injury. With Naomi Osaka having withdrawn, this leaves the tournament wide open. World number one Ashleigh Barty will be a heavy favourite to win the second Grand Slam title of her career. However, she will face tough competition from the likes of world number 4 and 2nd seed Aryna Sabalenka. Elsewhere, Serena Williams once again begins the hunt for her 24th Grand Slam title, which would tie Margaret Court’s record. 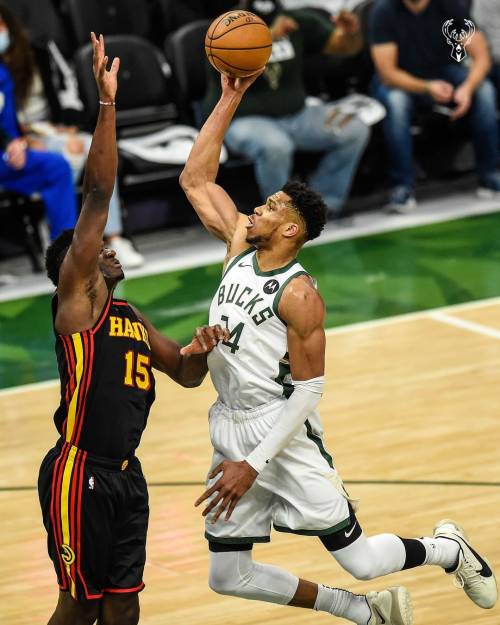 The NBA Eastern Conference Finals continue as the Milwaukee Bucks take on the Atlanta Hawks in Game 5 of the series at the Fiserv Forum in Milwaukee on Friday 2nd July 2021 at 12:30AM GMT.

Entering the week, the Milwaukee Bucks lead this series 2-1. The Sunday 113-102 victory is the second in a row for the Bucks, following their big win in Game 2.

The Bucks are seeking their first Finals berth since 1974 and the glory days of Kareem Abdul-Jabbar. Giannis and company already took down the super-team Brooklyn Nets in the Conference Semifinals, now they just need to see off Trae Young and the Hawks. Giannis Antetokounmpo is in fine form during these Conference Finals, averaging 30 points a game through the first three games of the series.

For the Hawks, the Finals drought is even longer. The franchise has reached the NBA Finals once, in 1958. Like the Bucks, they slayed their own giant on the way to today – having taken down the top-seed Philadelphia 76ers in the last round. The question is whether the Trae Young-led side can successfully play the underdog once again. 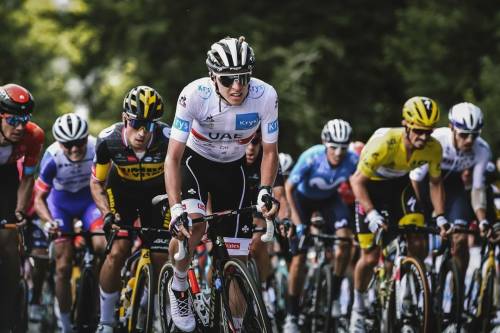 Stage 7, at 249.1km, is the longest stage of a Tour de France since 2000. It will test riders as it becomes a tough medium-mountain stage in the second half of the stage. The first major ascent will be a 3.2km ascent at 5.3% gradient of Côte de Château-Chinon. That is followed by three more ascents before riders must tackle the final climb of the day – the 5.7km at 5.7% gradient ascent up Signal d’Uchon. After summitting Signal d’Uchon, it’s an 18km race to the finish in the town of Le Creusot.

Who will come out on top in after this thrilling stage? 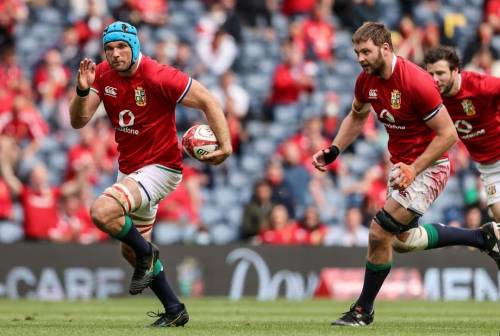 The British & Irish Lions tour of South Africa begins in earnest as they face the Lions at Ellis Park Stadium in Johannesburg on Saturday 3rd July 2021 at 4:00PM GMT.

The British & Irish Lions began their 2021 tour with a 28-10 win over Japan in Edinburgh. They now travel to South Africa to begin the tour in earnest. However, the win against Japan did not come without cost. Tour captain Alun Wyn Jones withdrew after picking up an injury, as did his Welsh compatriot Justin Tipuric. However, Warren Gatland’s squad remains strong and will look to leave their mark on South Africa over the coming weeks.

The first opponent for the Lions is Super Rugby side, the Lions. The Lions come off a disappointing performance in the Pro14 Rainbow Cup SA, where they finished bottom of the table with a single win. However, their squad includes a number of South African internationals, such as Jaco Kriel, Jannie du Plessis, and Courtnall Skosan.

It’s sure to be an exciting day of rugby. 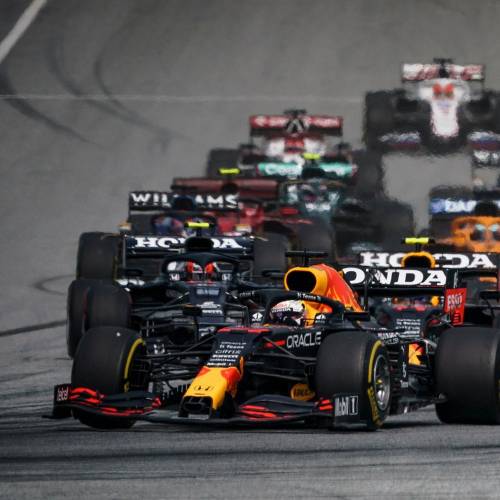 The F1 season continues with the Austrian Grand Prix at the Red Bull Ring in Spielburg. The race begins at 1:00PM GMT on Sunday 4th July 2021.

After his fourth race win of the season last weekend, Max Verstappen now holds an 18-point lead over defending Drivers Champion Lewis Hamilton. The four races without a win for Hamilton is the longest such streak since the six races between the 2017 Mexican Grand Prix and 2018 Chinese Grand Prix.

Verstappen was excellent at the Red Bull Ring last weekend, finishing 35 seconds ahead of Hamilton. Overall, it has been the season many were expecting of the young Dutchman, as he finally ascends to the top of the F1 ladder. However, things are not over for the defending champion. There are still 15 races left in the season, plenty of time to bounce back and take his 8th title.

The season remains at the Red Bull Ring, a fast circuit that is the perfect place for competitive, high-speed racing.

Other sports highlights from around the globe

It’s also a busy week in the world of rugby. In rugby union, there are a number of International Test matches. South Africa take on Georgia while England take on the USA. The Under-20 Six Nations also continues. There is also action in Major League Rugby, with NOLA Gold taking on the LA Giltinis.

In rugby league, the marquee match of the Super League weekend is the rivalry match between the Wigan Warriors and Warrington Wolves. In the NRL, the second-place Panthers take on the third-place Eels.

The major golf tours spread out again this week. After a thrilling Women’s PGA Championship, the LPGA Tour travels to Texas for the Volunteers of America Classic. The PGA Tour is in Michigan for the Rocket Mortgage Classic. The European Tour is in Ireland for the Irish Open while the Ladies European Tour heads to the Netherlands for the Dutch Ladies Open.

The athletics season continues in the run up to the Olympics, with the Diamond League travelling to both Norway and Sweden this week.

In the world of basketball, the NBA playoffs continue, with the NBA Finals drawing ever closer. The WNBA is also in action this week.

The boxing world sees a fight between Chris Colbert and Tugstsogt Nyambayar.

In tennis, Wimbledon continues throughout the week.

In Tokyo, the highly-anticipated July Tournament of Sumo Wrestling begins.

One of the biggest events in the cycling world continues through out the week as the Tour de France travels 1065.9km.

For motorsport fans, the Superbike World Championship travels to the UK for a weekend of races at Donnington Park.

Written and information correct on 27th June at 10pm GMT