The second week of October is setting up to be another exciting week of sport. Monday wil 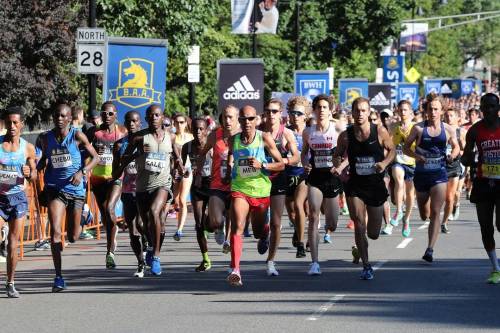 l see around 20,000 runners take part in the 125th edition of the Boston Marathon. The following day the LA Dodgers face the San Francisco Giants at home in the MLB Playoffs. The next day on the other side of the country the Washington Capitals play the New York Rangers in their first games of the NHL season.

On Thursday the Philadelphia Eagles host the Tampa Bay Buccaneers in the NFL. The Final of the IPL will be hotly contested on Friday, with the Chennai Super Kings taking on the winner of the last playoff match.

The weekend also plays host to some exciting sport. On Saturday the Exeter Chiefs play the Wasps. Sunday sees the culmination of the men's and women’s draw of the BNP Paribas Open in Indian Wells.

One of the six World Marathon majors, the 125th edition of the Boston Marathon takes place on Monday. Considered one of the more difficult marathon courses, Monday’s 26.2 miles will prove a challenge to even the most elite runners.

In a race to 3 wins and with their postseason scoreline sitting at 1-1, the Dodgers and Giants will both be desperate to advance into the National League Championship Series.

The Washington Capitals go head-to-head with their rivals the New York Rangers on Wednesday. Each team will be keen to begin their 21/22 campaign with a victory over one another.

Can the Eagles build on their impressive come from behind victory against the Panthers, or will the Buccaneers and Tom Brady improve on their strong start to the season.

The Chennai Super Kings will battle it out against the winners of qualifier 2 for IPL glory in a winner takes all final.

Coventry plays host to round 5 of the Gallagher Premiership on Saturday where Wasps play the Chiefs. With both teams sat mid-table this match could prove important later in the season.

The BNP Paribas Open concludes on Sunday with both the men’s and women’s final. Time will tell who makes it to the end of the week, but with such a quality field both matches are shaping up to be furiously competitive.

Written and information correct on 10th October 2021 at 10pm GMT