Next up in our Sporting Rivalries Series is American Football.

Being one of the world’s most brutal and hard-hitting sporting spectacles, rivalries have been a feature in the NFL since its inception back in the 1920s. For fans and athletes alike, the rise of social media has only intensified the conflicts at the highest level of the game, but which rivalries of past and present will stand the test of time? 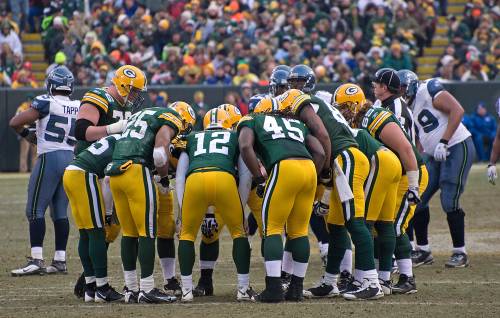 You will be hard pushed to find two sports teams more well acquainted with one another than the Green Bay Packers and Chicago Bears. A rivalry spanning 100 years has given us over 200 encounters, with the last just as fiery as the first. Not only are the Packers and Bears two of the oldest franchises in the NFL, but they have also been two of the most competitive teams in league history.

Scratch the surface, and this appears a simple geographical rivalry, with the Windy City of Chicago sitting just 30 minutes from the Wisconsin border. Dig much deeper, and you will see a deep-rooted rivalry as old as the NFL itself. It is Green Bay who currently hold the bragging rights as they lead the all-time series 101-95, with it ending honours even on six occasions. Packers fans will also be well versed in the fact that they have won the only playoff game between the sides in the Super Bowl era, coming in the 2010 NFC Championship game en route to their fourth Super Bowl success. 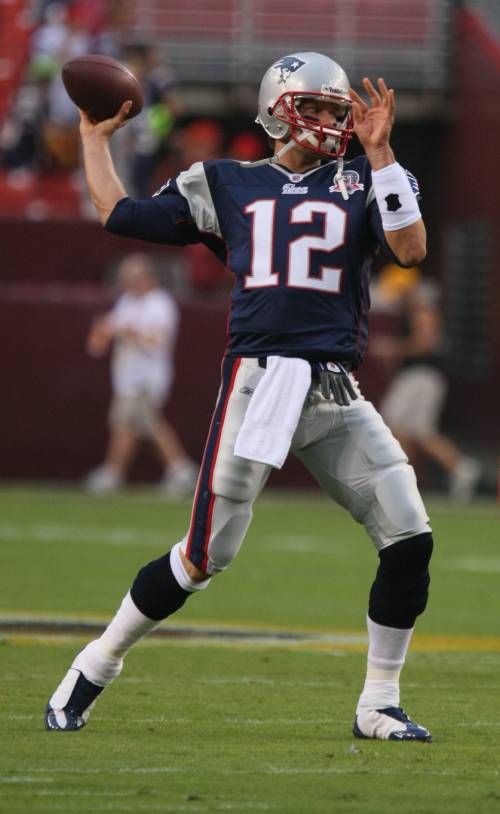 Before all the rings and all the records, a bushy-tailed 24-year-old Tom Brady was handed his first career start against Peyton Manning and his Indianapolis Colts back in 2001, and so one of sport’s great rivalries was born. Across the ensuing 14 years, the Brady-Manning tête-à-tête produced some of the most intriguing battles in sports, with the pair facing each other 17 times throughout their respective careers. The most prominent meetings came in the four AFC Championship face-offs, with Manning boasting a 3-1 record in those particular matchups, and the last win coming in his final season en route to Super Bowl glory.

Since Manning’s retirement in 2016, the pair have taken their feud to the golf course, playing out a charity match alongside golfing royalty in Tiger Woods and Phil Mickelson in 2020. Whilst the charitable contest was played out in good spirits, Manning and Brady’s competitive edge remained intact, with Manning joking he should have employed Nick Foles or Eli Manning as his caddy for the day, being the only two quarterbacks to have beaten Tom Brady in a Super Bowl. 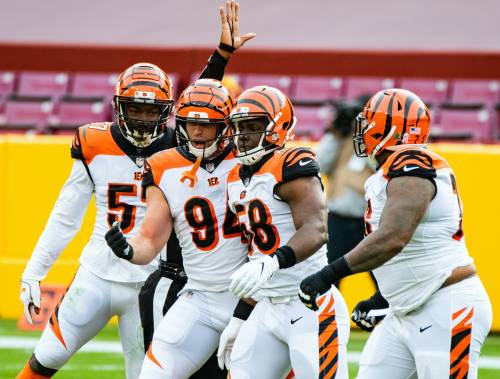 When the fixture list for the upcoming season is revealed, games against Pittsburgh are the ones Cincinnati fans will circle and underline. For the ‘Who Dey Nation’, years of devastating punishment inflicted by the Steelers has created a fierce rivalry between the sides, with the fixtures often defined by brutal tackling and plenty of penalties. Unprompted, every Cincinnati fan would confidently reel off a list of illegal tackles carried out by Pittsburgh players on their beloved Bengals – mention Ryan Shazier’s hit on Giovani Bernard in a Cinci bar at your own risk. Don’t assume the punishment is unrequited, however. Just a few seasons ago, Bengals’ Vontaze Burfict was fined $112k for multiple plays that constituted unnecessary roughness in a game against the Steelers – the biggest non-suspension fine of his career.

Last season, Steelers lost to Bengals for the first time since 2015, having enjoyed an 11-game winning streak over their AFC North adversaries. 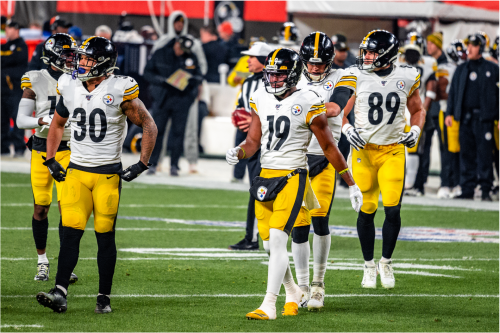 Sensing a trend here? According to a 2020 social media poll, Pittsburgh Steelers are the ‘most hated’ team in the NFL, and they have particular trouble making friends when Baltimore come to town. At the heart of this storied NFL rivalry are striking similarities between Baltimore and Pittsburgh as cities, Ravens and Steelers as football teams, and the supporters of each side. On the field, throughout history both teams have been defined by their tough-tackling defensive units which, when they go head-to-head, always produce an explosive spectacle. What’s more, with both sides competing in the AFC North, meetings between Ravens and Steelers can often define a season, with huge implications on the final division standings. These two sides are no strangers to battling it out at the top of the tree, with either Baltimore or Pittsburgh having topped the AFC North in 16 of the last 20 seasons.

Dallas Cowboys versus the league 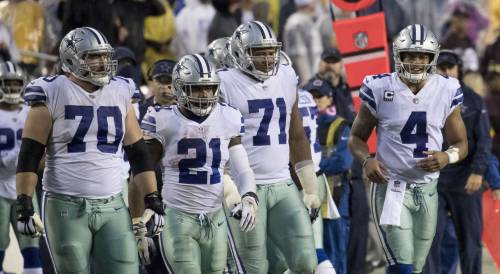 At the time that it became trendy to support the Cowboys, it simultaneously seemed trendy to despise them, with a 1993 Harris Poll survey revealing Dallas were both the most liked and disliked team in America. That was then, and what was happening then was a lot of winning by the Cowboys, namely in four Super Bowls. In the early 90s, Dallas won three Super Bowls in four seasons, a feat only repeated once since by the Patriots in the early noughties. It is human nature for fans to unconsciously dislike a team that is far outperforming their own, and many see this as the main reason there are so many members in the anti-Cowboys club.

What can’t be ignored is the media’s influence in endorsing this particular rivalry. Not only are the Cowboys seemingly always picked for the big television games, the media also coined the nickname ‘America’s Team’ back in the 70s, allowing Cowboys fans to flaunt this sense of entitlement and superiority over the rest of the league. It’s understandable why broadcasters seem to favour covering the Dallas Cowboys, as in the 2019 season three of the five most watched NFL games featured the ‘Boys, proving they are still one of the league’s most influential brands, in spite of their lack of on-field success, having last reached a Super Bowl in 1996.

The importance of socia 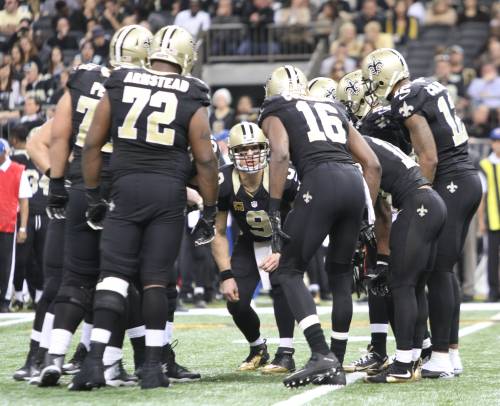 l media in the modern-day sporting rivalry has rarely been more apparent than in the feud between Odell Beckham Jr. and Josh Norman. From suggestive emojis, to subtweets, to Drake quotes, it is hard to imagine this particular ‘beef’ would have gathered any momentum in a bygone, social media-less world.

In the 2019 NFC Championship game, New Orleans Saints were the victims of what is considered one of the worst no-calls in NFL history. Following this outrageous decision, the rules have since been changed to allow for teams to challenge pass interference calls, but that will come as little consolation to Saints fans who still feel they have been robbed of what would have been just their second trip to the Super Bowl.

For many years, the Patriots versus Colts rivalry was defined by the Brady/Manning duel that enthralled football fans for a decade and a half. By definition, this resulted in both sides competing at the very pinnacle of the game for many years since the turn of the millennium, producing some of the greatest encounters the league has ever seen.

Since New Orleans joined the league just one year after their Atlanta-based adversaries, the Saints and Falcons have become very well acquainted, having faced each other twice every season since 1970. For many years this rivalry was defined by mediocrity, but with both teams becoming Super Bowl contenders since the turn of the century, Falcons versus Saints remains one of the most fascinating duels in the league.

Since the NFL’s divisional realignment in 2002, the Seattle Seahawks have disrupted the status quo in the NFC West and have helped transform it into one of the league’s most competitive divisions. Whilst San Francisco remain the division’s most successful team, having topped the NFC West 20 times, Seattle have won it more times than any other side since entering the division 19 years ago. There is always plenty on the line when these two lock horns, making it one of the most highly anticipated rivalries in the league.

Make sure you never miss a game from the NFL or College Football with the Fixture Calendar.