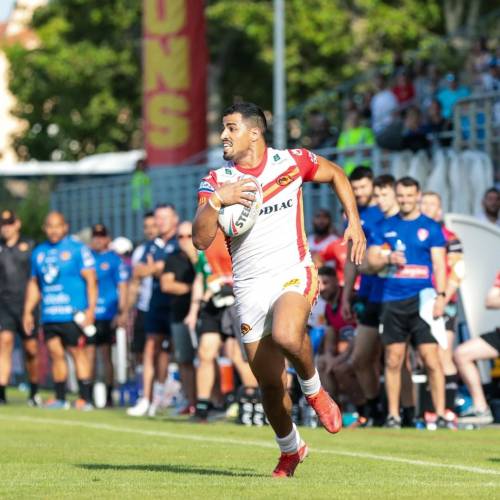 The penultimate full week of July is shaping up to be incredibly exciting for sports fans around the world. On Monday, the World Athletics Championships continues with the world’s best athletes competing for medals in a number of different events. The following day, England play host to South Africa in the first of 3 ODIs between the teams. On Wednesday, the first Quarterfinal of the UEFA European Women’s Championship will see England take on Spain.

Later in the week, on Thursday, players will tee it up at the Evian Resort for the 4th Major of the women’s season, the Evian Championship. Friday will see riders and teams take on a 188.5km mountain stage, an important stage in the battle for the Tour de France’s yellow jersey.

There is no shortage of exciting sporting action at the weekend either. On Saturday, in Super League, Catalans Dragons face Huddersfield Giants in a hotly anticipated matchup. Finally, on Sunday, Formula 1 heads to France to take on the Circuit Paul Ricard, a race that is typically full of tight wheel-to-wheel action.

Day 4 of the World Athletics Championships will see exciting competition take place in the Men’s High Jump, Women’s Triple Jump and Women’s 1500m Final. The Women's Marathon also takes place on Monday and fans will not want to miss a second of the action.

Following a disappointing final ODI performance against India on Sunday, this week England play host to South Africa in another best of 3 ODI series. Can England forget about their 2-1 loss to India and come out firing to win their first game against a strong South African side?

After some incredibly exciting action in the group stages of the competition, Wednesday will see hosts England take on Spain in the first Quarterfinal of the UEFA European Women’s Championship. The Lionesses will be hoping the home crowd support can lift them to a win against the Spanish.

The world’s best players will head to the beautiful Evian Resort overlooking Lake Geneva all hoping to win the 4th Major of the season. Can In Gee Chun win consecutive majors after her impressive victory at the KPMG Women’s PGA Championship?

The Tour de France continues on Friday after 18 days of gruelling competition. However, the end is in sight for the teams and riders, with the 188.5km mountainous Stage 19 one of the last challenges to be faced by the competitors. Who will be wearing the yellow jersey on Friday night?

The 4th place Catalans Dragons go head-to-head with the 3rd place Huddersfield Giants on Saturday, in an important contest for both teams. With the two Super League powerhouses separated by just 1 point, this matchup is not one to miss.

After an incredibly exciting weekend in Austria, Formula 1 does not have to travel far for round 12 of the Championship. Will Ferrari once again have the better race pace or can Red Bull overcome the degradation issues that hampered them in Austria and take the win?

Written and information correct on 17th July 2022 at 10pm GMT